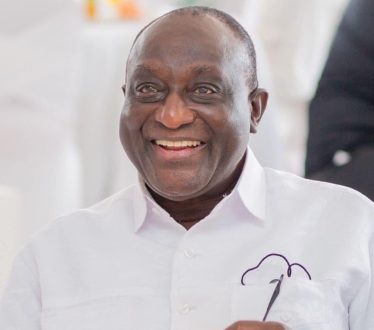 A lecturer at the University of Ghana Center for International Affairs and Diplomacy, Dr Nana Kwame Nkrumah says Ghanaians will definitely choose the Minister for Trade and Industry, Alan Kwadwo Kyerematen over former President John Dramani Mahama, should both candidates get the nod to lead their respectively political parties – the New Patriotic Party (NPP) and National Democratic Congress (NDC)

Speaking in an interview with The Chronicle, the lecturer contended that looking at the 125 factories that have been established so far by the Ministry of Trade and Industry, headed by Mr Kyerematen, voters will have more interest in him because he has already passed the creation of jobs test.

During his recent tour of the Central Region, President Akufo-Addo was full of praise for the achievement his government has chalked in the area of job creation.

According to the president 125 factories have so far been established under the 1 District 1 Factory Initiative.

This has resulted in the creation of 160, 824 jobs for the Ghanaian youth. “Thus far, the 125 factories operating under the 1D1F project have so far employed 160,823 people who, hitherto, would have been jobless”, the president said at Awutu, near Kasoa.

Dr Nana Kwame Nkrumah admitted that it is the Akufo-Addo government that has introduced the 1D1F initiative, but argued that since the policy is being supervised and implemented by the ministry headed by the NPP flagbeaer hopeful, the credit of helping the government to create jobs cannot be taken away from him.

Meanwhile, a leading member of the NPP, Mr Hopeson Odorye, has also told Oman FM in Accra that looking at the performance of the of the Ministry of Trade and Industry, Mr Alan Kyerematen would surely take over from Nana Akufo-Addo.

Though the party has not come out with the time table for the election of its flagbearer for the 2024 election, those who are interested in the contest have started feverish preparations to lead the Elephant party, with Vice President Dr Mahamadu Bawumiah and Alan Kyerematen being the lead contestants.