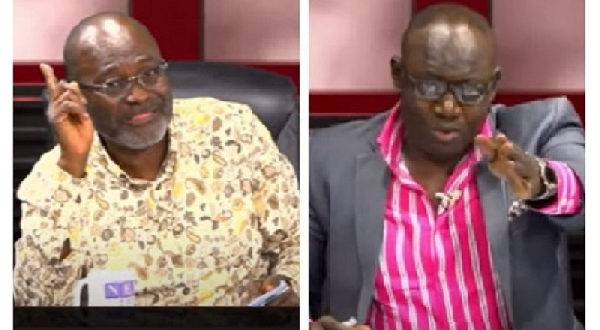 A former host of ‘The Seat Show’ on NET2 TV, Justice Kwaku Annan has explained how a comment he made was misconstrued as an insult directed at Vice President, which incident eventually cost him his job.

He explained in a promo of a yet-to-be-aired interview on the KSM show that he had during one of his shows posed a rhetorical question to the Vice President about the hard economic times the country was facing.

“I questioned the current Vice President, Mr. Vice President, can you explain to us these things that you said about former president Mahama? When I made this comment, then my viewers on YouTube got alarmed and started attacking me on YouTube.”

See also  Akufo-Addo: I Can’t Turn My Back On Ofori-Atta [Audio]

He explained further that in responding to his YouTube followers, his response was misconstrued as one directed at the Vice President, which in reality was not the case.

He said the followers were tackling him in the comment section: “That, why am I taking on the Vice President blab la bla. There, whatever response I gave in that video was not actually for the Vice President, for my viewers on YouTube.

Controversial Tv host KWAKU ANNAN is my next guest 🧨 pic.twitter.com/NKarUEL5KC

“It was there I said ‘when I was attacking President Mahama for his economic mess, you people didn’t hear, you didn’t see? What kind of rubbish is that?” he stressed.

Kwaku Annan’s political talk show was removed from air with usual guest and NET2 TV owner, Kennedy Agyapong, explaining at an event that he took it off because the host had insulted the Vice President during one of the shows.

Annan denies that he ever attacked Bawumia and has subsequently accused Kennedy Agyapong of scapegoating him for parochial reasons.

Agyapong, who is also lawmaker for Assin Central, has yet to comment on the accusation which includes that he also shelved an investigation that the show had done into churches after he was approached by some top clergymen.