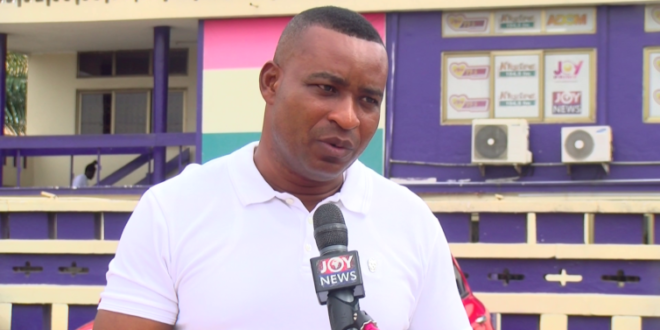 His comment comes after some allegations stated he is involved in illegal mining activities hence destroying forest reserves and 12 football pitches in Samreboi, a town in the Western Region of Ghana.

Clearing the air on the allegations on Movement In The Morning Show with Kwaku Dawuro on Friday, 30th September, 2022, the Ashanti governor said that ‘’the claims against Akonta Mining are all lies. I am disappointed in Joy FM for using their platform to propagate lies . I expected them to call me for verification, and listen to my side of the story before bringing it to the public domain’’.

‘’In 2005 when I started my mining activities in Samreboi, my License was of low standard, so Mark Hammah helped me in getting a prospecting license to operate legally. Fast forward in 2013, when the National Democratic Congress(NDC) stole my tracks and burnt all my machines in Samreboi, the same place a company called Samatex also operates. I didn’t go there again after my items were destroyed so some galamsey men took over the land but after I got my license, I went back to the land, sacked them, and took over”, he indicated.

”The large scale licensing power AngloGold and the other bigger mining companies have, is the same license I have. I have four companies in the same area which are all operating with genuine license. Samatex took me to court after I reclaimed the land, but when the galamsey guys took over the land previously, they did not take them to court even when they were aware the guys were operating illegally”, Chairman Wontumi added.

”They are using propaganda to destroy my company’s reputation. Just yesterday, Samatex sent their security guys to burn Akonta Mining Company’s cars and machines. Samatex is not bigger than my company, but because the CEO is part of the forestry boar, he is using his people to destroy my company. They should be investigated to know if they are even backed by law to operate in that particular area. I have a license which will expire in 2035. Its just propaganda. Nsenkyire should be careful, Samatex is not bigger than Akonta, we all pay tax and we are all backed by law. He goes behind certain media houses just to destroy my reputation’’, he stated.

Chairman Wontumi called on the Inspector General of Police (IGP) to investigate Samatex on the destruction of Akonta Mining’s properties.

This was after two persons sustained gunshot wounds at Samreboi in the Western Region after a section of the youth reportedly prevented personnel of Akonta Mining Limited from sending more mining equipment into the Tano Nimri Forest reserve.