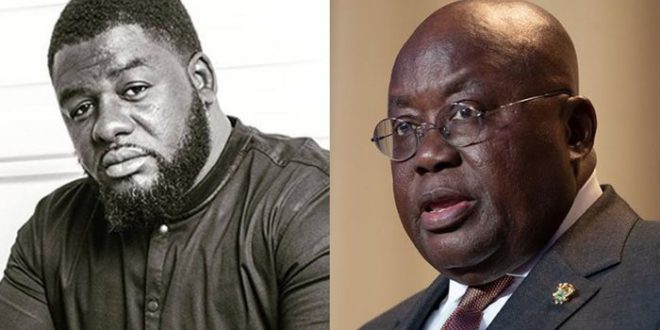 Artiste manager Lawrence Nana Asiamah Hanson, popularly known as Bulldog,  disclosed that he received threats for saying that it was a good thing the President was booed on stage at the 2022 Global Citizen Festival at the Black Star Square, Accra.

Bullgod explained to Nana Ama McBrown that he received calls from persons believed to be from the Jubilee House.

“They asked me what I think about the people booing the President, and I said it was good they booed the President. Then follow-up calls and threats that they will jail me.

“I am talking to them. The people at the Jubilee House or wherever come and jail me. So because of you people, we should not talk? Come and jail me. I’m waiting for you.”

See also  Stonebwoy: Fix The Country And We’ll All Be Fixed

According to Bullgod, the President should not have made an appearance at the concert because he contributed to poverty in the country. He pointed out that since the current administration took over, the business has seen a decline in sales and numerous foreclosures.

Bullgod said: “We went to the Black Star Square on a number of issues (Global Citizen) including poverty alleviation, right? And this is an administration that has made sure that every Ghanaian will be poor… How would you sit there and be a closing business making the ordinary Ghanaians’ lives miserable?”

“I swear tomorrow, if I don’t go to jail, then you are not in the presidency. Come and jail me,” Bullgod continued. “I already have a case with them at court. Is that what they are saying? That they are going to manipulate the matter?”