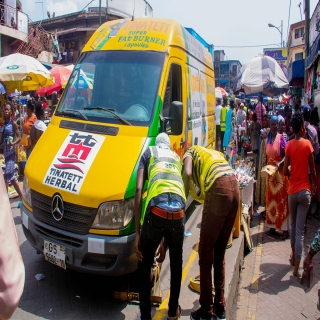 The  Metropolitan Chief Executive for Tema in the Greater Accra Region, Mr. Yohane Amarh Ashitey has ordered the Assembly’s Metro Guards to stop individual arrests of commercial drivers within the metropolis .

Mr. Ashitey, who gave the order at an Ordinary Assembly Meeting, said: “Owing to various misunderstandings between the public and the Metro Guards, I have instructed the Metro Guards to halt any form of individual arrests in the interim in a quest to ensure sanity in the Metropolis.”

He explained, however, that the Metro Guards were empowered to arrest culprits only during massive operations led by the Deputy in Charge of Operations accompanied by a cashier from the Finance Unit.

He said one of the most visible personnel of the Assembly in the public space were the Metro Guards Unit, but discipline among them had been a major concern and the assembly was working to resolve that head-on.

“Since I assumed office, at least six officers have either been suspended with loss of salary or reprimanded,” he stated.

Read Also: “The mindset that coup d’état not possible in Ghana is false” – Security Expert

Mr Ashitey indicated that to serve as motivation for the guards and ensure the unit lived up to expectation, the Assembly had restored the risk allowance paid to personnel.

He said training had been organised for the Metro Guards Unit to enhance their effectiveness in enforcement and ensure sanity in the metropolis, and the assembly had outlined more capacity-building plans in its programmes to enable the beneficiary officers effectively carry out their mandate.

Touching on other administrative issues, he disclosed that a major problem of the Assembly was the difficulty in tracking official correspondences, letters, and memos, which were easily missing in the system.

He said as a result, some clients had to resubmit correspondences to the TMA for their concerns to be addressed, therefore, the Assembly had resolved to improve the efficiency of service delivery.

Mr Ashitey stated that to achieve this, an electronic information tracking system (MEMO TRACKER) would soon be introduced, adding that it would help reduce the loss of correspondences in the system.

“The good news is that we have now made gains on how the software should look like and operate such that, one of the service providers made a presentation to management to enable us to have the first experience and help them in taking a decision on its roll out,” he disclosed.

He said the procurement process would commence once Assembly Members approve it during the meeting for the rolling out of the tracker.

I'm Adwenpa-Hene |Blogger & Broadcaster Journalist. I am the CEO and manager of this noble website. I publish on Entertainment, Sports, Politics, Lifestyle, and Technology. You can also follow Us on : YouTube Channel - My Ghana Media TV, Facebook - MyghanaMedia TV , Twitter - @MyGhanamedia2 & Instagram - My Ghana Media TV. Email Address: [email protected] Contact Us: 0200818719
@@MyGhanamedia2
Previous “The Mindset That Coup D’état Not Possible In Ghana Is False” – ACSIS Boss Reveals
Next President Akufo-Addo Mad Over 2021 Auditor General’s Report ; Summons SOEs Over Infractions