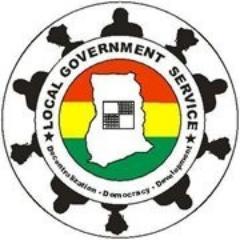 The Local Government Service has said claims of laying down workers as being circulated on social media is not true.

In a release issued Monday, October 10, 2022, the Service says some online portals and news outlets have made a publication suggestion the Service is going to lay off some of its staff for bloated numbers.

Head of the Local Government Service(LGS), Dr Nana Ato Arthur, has disclosed that some administrative officers will be laid off in the coming days.

This was contained in a speech delivered at the National Conference of Ghana National Association of Local Government Service Administrators(GALGA) at Tamale in the Northern Region.

He said the LGS is doing this exercise because the sector is bloated with more administrative officers in the assemblies than the available work, a situation he described as worrying.

According to him, sometimes about 10 or more officers are employed to work in a District or Municipal Assembly alone, resulting in “poor service delivery” in the sector.

However, the release signed by the Chief Director on behalf of the Head of Service says the said message being misconstrued in the media is rather a “staff rationalization which is a human resource management tool for internally deploying staff to places where their services are most needed.”

Read below the full statement

PRESS RELEASE
LOCAL GOVERNMENT SERVICE WILL NOT LAY OFF WORKERS

The said publication which has also gained wide circulation on social media and other online news portals alleges that the Head of Service in an address read on his behalf has indicated that “the Service will soon undertake an exercise to lay off administrative officers from the Service because the sector is bloated’.

The Office of the Head of the Local Government Service (OHLGS) wishes to inform the general public that both the caption and content of the said publication is not correct and totally misleading.

It must be noted that what the speech of the Head of Service referred to was staff rationalization which is a human resource management tool for internally deploying staff to places where their services are most needed; and this is in line with systems and procedures the Public Service works with.

The public is hereby informed by this Press Statement to disregard the said publication and treat it with the contempt it deserves. END