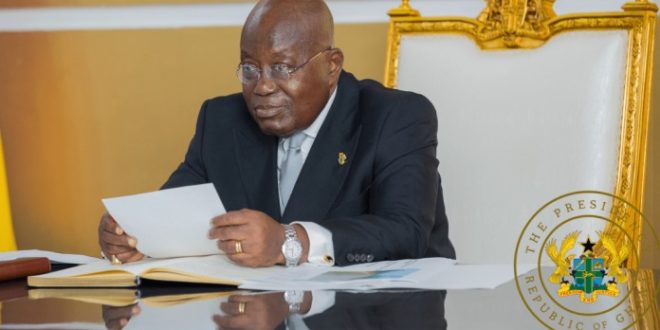 Two civil society organisations have made a passionate appeal to President Nana Addo Dankwa Akufo-Addo to grant amnesty to all prisoners on death row.

They said their judgements can be commuted to life sentences.

In a media release issued on Monday, October 10 to mark World Day Against Death Penalty, the Action by Christians Against Torture (ACAT), Ghana and Human Rights Reporters Ghana (HRRG) threw weight behind the global call for the abolition of the death penalty as spearheaded by Federation of International Action by Christians Against Torture (FIACAT) .

This year’s celebration is the 20th and on the theme: ‘Death penalty: a road paved with torture’.

The groups also pleaded with President Akufo-Addo to immediately intervene in the case of a 75-year-old, John Narh Terkpe, who spent 20 years on death row, 26 years on life sentence and still counting on in Nsawam Prison, Ghana.

They also used the opportunity to appeal to the president to grant general amnesty to other deserving prisoners to decongest all prisons across the country to improve the health and living conditions of the inmates who are already battling myriads of psychological and physical problems.

According to them, general amnesty has not been granted for the past 3 year.

The World Day Against Death Penalty is a day set aside annually and globally on October 10 to advocate for the abolition of the death penalty and to raise awareness of the conditions and circumstances which affect prisoners with death sentences.

The day was first organized by the World Coalition Against the Death Penalty in 2003.