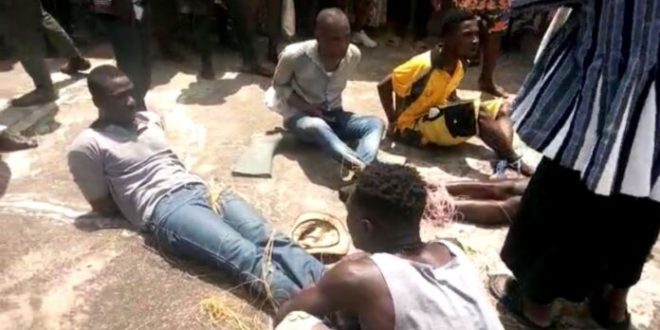 Some residents of Ekumfi Abirem in the Central Region managed to apprehend four suspected kidnappers on Wednesday afternoon.

The four suspects attempted to kidnap three children aged 12, 14, and 15, but were apprehended after some vigilant residents raised an alarm.

The suspects were later handed over to the Ekumfi Police in the central region’s Ekumfi District.

Tweneboah Kodua, the youth leader of Ekumfi Abirem, told Atinka News that he was on his way to his farm when he heard one of the children screaming in the forest, “they’re killing us.” He said he was able to rally the townfolk to rescue the three male children.

The four suspected kidnappers were taken to the chief’s palace and later turned over to the police.