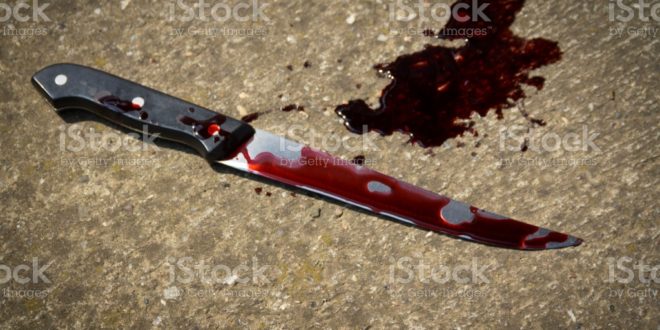 He was found at the crime scene

Western Region: Jealous Man In Police Grips For Killing Husband of His Ex-wife

A jealous man is in the grips of the police for killing the husband of his ex-wife at Edwinase-Munsunkwa, a community in the Wassa East District of the Western Region.

The suspect, whose name has been given as Kojo Arthur aka Capo, is said to have committed the crime with his friend, Buabeng.

“They were married but because of some personal reasons, they divorced. The lady moved on and met another man in the next community but it seems her ex-husband was still in love with her and decided to fight for her. She has no children with the new husband but they have been living happily until the sad incident happened,” he indicated.

According to him, the suspect in the late hours of Thursday, October 13, 2022, out of jealousy, went to the house of his ex-wife with his friend and committed the crime.

”They went there with a machete and other weapons. Immediately they got to the house of his ex-wife, they attacked her new husband and slashed his throat. Since there was no one to help, he died out of excessive bleeding. All efforts to transport him to the nearest hospital proved unsuccessful due to the bad nature of our roads,” he added.

The body of the deceased, Robert Osei, has since been deposited at the Jukwa Hospital whilst the suspect and his friend have been handed over to police for investigation.

“They decided to sneak out from the community after committing the crime but they were apprehended by some youth. They tied them up until the police arrived and handed them over. They are currently in the custody of the Atobiase Police Station in the same district,” the Assmebly member indicated.