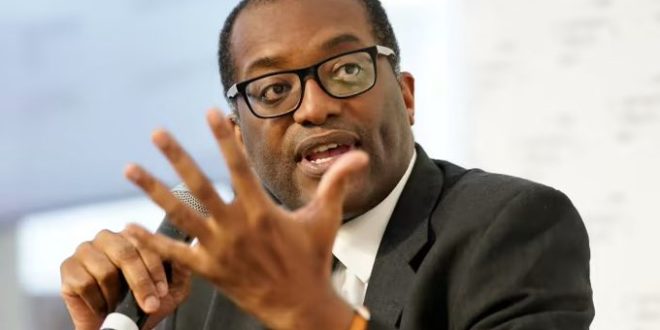 Kwasi Kwarteng is no longer chancellor of the exchequer after meeting Prime Minister Liz Truss at Downing Street, , the BBC said. The Times newspaper reported earlier that Kwarteng was expected to be sacked.

This means Kwarteng is the second shortest-serving UK chancellor on record.

His sacking makes Kwarteng Britain’s shortest serving chancellor since 1970, and his successor would be the UK’s fourth finance minister in as many months as the nation grapples with a cost-of-living crisis.

Life comes at you fast. pic.twitter.com/vhzJVJykOH

The shortest serving chancellor, Iain Macleod, died of a heart attack 30 days after taking the job in 1970.

Since 2019, the UK has had four chancellors, including Nadhim Zahawi who served the third shortest tenure with 62 days during a short-lived reshuffle under Boris Johnson, and Sajid Javid who served 204 days – the fourth shortest tenure on record.

Truss will hold a news conference later, as speculation builds that the government could reverse more of the tax cuts announced in its mini-budget

Kwarteng flew back to the UK for urgent talks with Truss this morning after cutting short a meeting with international finance ministers in Washington DC. 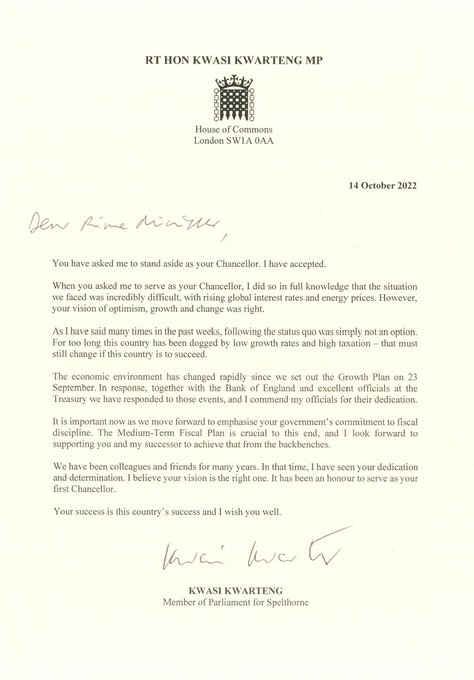