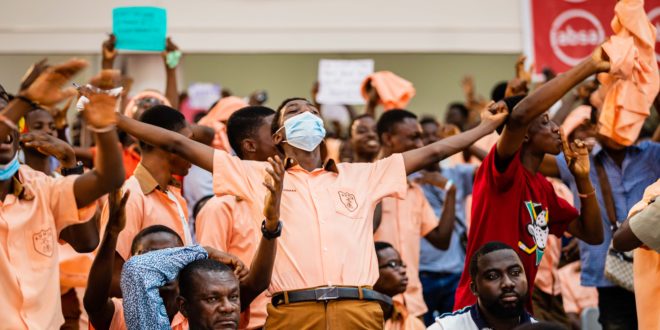 Bishop Herman College is out of the ongoing National Science and Maths Quiz (NSMQ).

BIHECO came prepared to replicate their performances from the regionals through to the one-eighth stage of the tournament but inexperience at the quarterfinal stage cost them.

After securing a seeded spot which they wrestled from Kumasi Academy, the Volta giants chartered a new path, entering into new territory in the Primetime competition after successive failures to progress past the one-eighth stage.

Kumasi High’s multiple appearances at this level however worked the magic over the favourites and earned them a semifinal spot.

The competition among KUHISS, BIHECO and St Francis Xavier SHS was seemingly a smooth ride for the Kumasi-based school.

They took the lead right from round one to the final question in round five.

KUHISS won the contest with 59 points, one of the highest in the 2022 NSMQ quarterfinal competitions.

Kumasi High will now face off with St James Seminary SHS and the winner of the final quarterfinal contest of the day for a chance to debut in the grand finale.

For Bishop Herman College, they return to the drawing board; but unlike previous years, they would not start from zero. Their next campaign which is the 30th anniversary of the NSMQ will begin at the single elimination stages.

I'm Adwenpa-Hene |Blogger & Broadcaster Journalist. I am the CEO and manager of this noble website. I publish on Entertainment, Sports, Politics, Lifestyle, and Technology. You can also follow Us on : YouTube Channel - My Ghana Media TV, Facebook - MyghanaMedia TV , Twitter - @MyGhanamedia2 & Instagram - My Ghana Media TV. Email Address: [email protected] Contact Us: 0200818719
@@MyGhanamedia2
Previous British Prime Minister Liz Truss Resigns After 45 Days In Office [video]
Next We Made Impact In GES – Former GES Director-General Reacts On His Dismissal