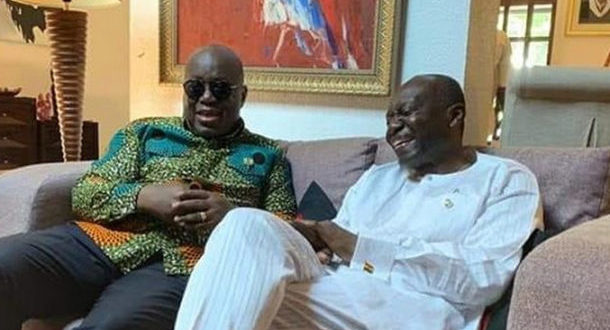 They have threatened to boycott t of the 2023 budget debate if Finance Minister, Ken Ofori Atta is not sacked.

The MPs, numbering about 80, held a press conference on Tuesday to impress on the President to relieve his cousin of managing the national purse or risk losing their support for government business going forward.

They also want the Minister of State in charge of Finance at the Office of the President, Chares Adu Boahen, to be subjected to a similar fate.

Andy Kwame Appiah-Kubi, the Member of Parliament for the Asante-Akim North Constituency, who introduced himself as the spokesperson for the disgruntled Majority MPs group, said they decided to voice their position because several concerns sent to the government have failed to yield any positive results.

According to the group, sacking Ofori-Atta and Adu Boahen will help restore confidence in Ghana’s economy.

“The recent development within the economy is of major concern to our caucus and our constituents. We have made our grave concern known to our president through the parliamentary leadership and the leadership of the party without any positive response.”

“We are by this medium communicating our strong desire that the president changes the Minister of Finance and the Minister of State at the Finance Ministry without further delay in order to restore hope to the financial sector and reverse the downward trend in the growth of the economy,” he added.

According to him, the call has been communicated to the Presidency through the leadership but to no avail.

“Notice is hereby served that until such persons as aforementioned are made to resign or removed from office, we members of the Majority caucus here in parliament will not participate in any business of government by or for the President [or] by any other minister,” he explained.

The MPs say their sentiments reflect the position of the NPP caucus in the House.

This has been a unanimous call for the opposition legislators who have constantly called for the Minister’s head with some civil society organisations joining the fray at a point.

One of the key cards on the table for these majority MPs is the approval of the 2023 budget which will be pivotal to expenditure, especially at a time when government finances are in limbo.

“If our request is not responded to positively, we will not be present for the budget hearing, neither will we participate in the debate,” Mr Appiah-Kubi indicated.

The development comes amid a worsening economic downturn in the country as the Ministry looks to the International Monetary Fund (IMF) for a crucial bailout.

Several Ghanaians, including opposition parties, have mounted pressure on President Nana Addo Dankwa Akufo-Addo to remove Mr. Ofori-Atta from office in light of the country’s current economic predicament, which has compelled government to seek support from the International Monetary Fund (IMF).

The Alliance for Accountable Governance (AFAG) on Monday demanded the head of the Finance Minister and Mr. Adu Boahen over their handling of the economic crisis.

In response to the calls for Ofori-Atta’s head, President Akufo-Addo, during an interview on Kumasi Based OTEC FM last week, said he can’t turn his back on his Finance Minister.

“I came to office in 2017 when we were under an IMF programme. This same Ken Ofori-Atta was able to manage the economy for the first 3 to 4 years. We were then one of the fastest-growing economies in the world. We had an average growth rate of 7% a year.”
President Akufo-Addo with Ken Ofori-Atta

“For someone who has been able to do all these, how do I turn my back on him? For me, his performance has been excellent. That is why I have great difficulty in understanding what is going on.”