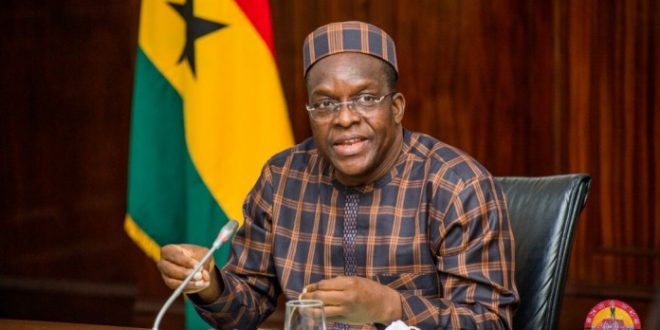 The Speaker of Parliament, Alban Bagbin says there has not been any official communication to the house by the Supreme Court regarding the case of the Member of Parliament for Assin North, James Gyakye Quayson.

The court granted an injunction suit restraining Mr. Quayson from carrying himself out as the Assin North MP and adjourned indefinitely an appeal by the lawmaker.

Reacting to concerns of absenteeism raised by the Member of Parliament for North Tongu, Samuel Okudzeto Ablakwa regarding the Assin North MP on Thursday, October 27, 2022, the Speaker, Alban Bagbin said until he is officially informed about the court proceedings, he will not be able to comment on the matter.

“I have no basis for taking a decision in this matter because I have no records before me. I only hear about it and cannot take it as evidence.”

“I thought that the authorities would have done the needful. As of now, I still have no evidence of that, so all I can do is to let sleeping dogs lie as we wait to hear from them.”

James Gyakye Quayson, who stood on the tick of the NDC as its parliamentary candidate in the Assin North constituency for the 2020 polls got 17,498 votes representing (55.21%) while Abena Durowaa Mensah, the NPP’s candidate had 14,193 representing (44.79%).

However, the sworn-in MP, had his election annulled by the Cape Coast High Court on grounds that he holds dual citizenship, of which he has denied.

One Michael Ninfa, a teacher and resident of Yamoransa in the Central Region, had filed an interlocutory motion and urged the Supreme Court to bar the lawmaker from holding himself out as MP.

His application originated from the decision of the Cape Coast High Court dated July 21, 2021.