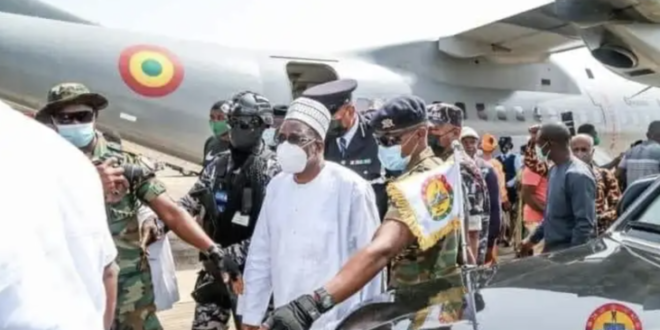 The Speaker of Parliament, Alban Bagbin, has lashed out at President Akufo-Addo for taking away his military protection.

He said government led by Mr Akufo-Addo engaged in hypocrisy and double standards in the withdrawal of his military detail.

“Now, I’ve been elected as the Speaker, which is a higher position, and the same president says I’m not entitled to military attachment,” he lamented in a media engagement on Friday, October 29, 2022.

In January this year, the Chief of Staff of the Ghana Armed Forces withdrew military officers attached to the Speaker on grounds that they were attached “without proper procedure.”

A letter written to the Speaker indicated that efforts were being made to regularise their attachment, something that has still not been done.

This raised speculations with the Minority in Parliament saying it was a politically motivated action to diminish Mr Bagbin’s confidence.

According to the Minority, the calculated move was due to the Speaker’s persistent bid to impartially and independently steer the affairs of the legislative arm of government.

Months later after the action was taken, Alban Bagbin is wondering why some public office holders are entitled to military attachment but he is not.

“My military team, I’ve managed on my own; I’ve been managing on my own. This world is an interesting place… but the others are entitled and if you go to His Excellency’s office, you may count them [military officers] to about 200.

“The Vice President definitely has access to some. I am not entitled but the Chief Justice after me has four; ministers have their own and each Supreme Court judge has two but the Speaker is not entitled. This is Ghana’s unique democracy but don’t worry, I’m very secure,” he assured.

Listen to Alban Bagbin in the audio below:

I'm Adwenpa-Hene |Blogger & Broadcaster Journalist. I am the CEO and manager of this noble website. I publish on Entertainment, Sports, Politics, Lifestyle, and Technology. You can also follow Us on : YouTube Channel - My Ghana Media TV, Facebook - MyghanaMedia TV , Twitter - @MyGhanamedia2 & Instagram - My Ghana Media TV. Email Address: [email protected] Contact Us: 0200818719
@@MyGhanamedia2
Previous Akufo-Addo To Ghanaians: Don’t Talk Down The Cedi
Next CONCLUSION: Value Of The Cedi Is Far Higher Than Akufo-Addo’s Address – Investigative Journalist Says