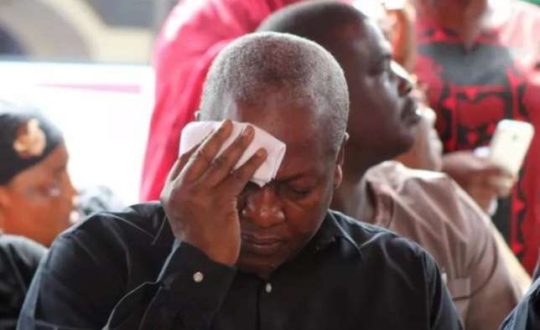 Financial Analyst, Dr. Michael Dawson has refuted the claims made by former President John Mahama that the Minister for Finance Ken Ofori-Atta and the ruling New Patriotic Party government proposed and introduced the idea of reforms in the banking sector.

According to him, “Let me state that the decision to undertake the reforms in the financial sector was mooted by the IMF. Thus, the clean-up was part of the IMF Conditions for the country”.

“During the NDC era, the IMF published several reports warning the Bank of Ghana to take some corrective measures within the banking sector, but the NDC government failed to clean up the sector. I think we should stop politicizing the benefits of the banking sector reforms. The reforms have led to stability and confidence in the financial sector”.

“I can tell you that, some depositors were not getting back their funds from some of the financial institutions. Some of the banks had also breached several banking regulations. Indeed, the financial system at the time was on the brink of total collapse”.

“The central bank had clearly explained that the clean-up was based on poor business practices and weak capital positions of the banks and financial institutions. I am aware that the liabilities of some of the banks were more than their assets”.

“The measures taken safeguarded the investments of 4.6 million depositors. There is confidence now in the sector. The exercise was crucial for stability and confidence in the financial sector” Dr. Dawson said.