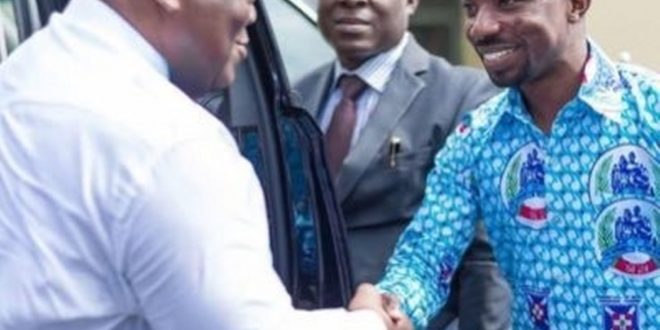 A Presidential Staffer, Mr Dennis Miracles Aboagye has said all Ghanaians should support President Nana Addo Dankwa Akufo-Addo in implementing his strategies to deal with the economic challenges.

He said President Akufo-Addo was quite assuring in his address on the economy on Sunday October 30.

President Akufo-Addo in his address warned persons talking down the local currency Cedi.

He said so doing so only contributes to its woes.

“All of us have a role to play in straightening the Cedi and stop speculation. Those who publish falsehood resulting in panic, the relevant state agencies will act against such person,” he said

He further warned persons who are publishing false news about the currency.

He said the relevant state security agencies will come after such persons.

“All of us have a role to play in strengthening the Cedi, stop speculation. Those who publish falsehood resulting in panic, the relevant state agencies will act against such person.”

The Cedi has been struggling against the major trading currencies especially the Dollar.

But it is making some gains recently. “We are determined to restore stability in the economy,” President Akufo-Addo said.

Speaking on the New Day show with Johnnie Hughes on TV3 Monday October 31, Mr Dennis Miracles Aboagye said ” I think the President has been quite assuring, he has given clarity on how to deal with the issues, the major challenges we are facing – foreign exchange, inflation and fuel prices which feed directly into pricing.

“What is crucial at this point is that, we all rally behind him as citizens. Whether we like it or not, at this point, the President has years or months to complete his term. What we need is to come together as a people, give him the chance to rule for him to deliver on whatever strategy he has. ”

Asked whether the President’s comment that money does not like noise does not infuriate the people, he answered “It doesn’t. It is only propagandist, anarchists, people who want to take political advantage of this thing that have issue with it.

“The president was very clear in what he said. What he said was that, when it comes to the exchange rate and depreciation of your currency noise around it, speculations around affect the strength of the Cedi and that, in principle, anywhere there is noise money doesn’t thrive.”