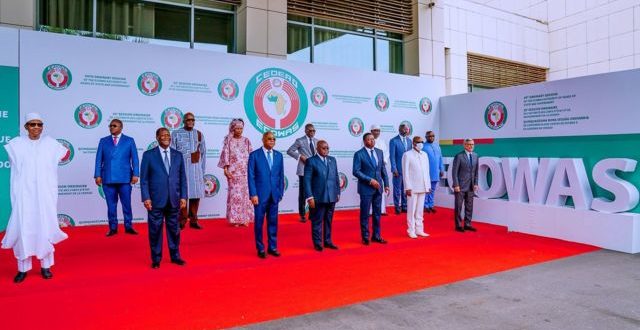 A Kenyan fiction writer and journalist, Tony Mochama, has called on African governments to invest more on developing the human resource base of the continent, than investing in wars.

He, together with other African writers are asking governments to give more support to writers and publishers to help enhance the writing industry on the continent.

According to them, writers documents the stories of a people, and it is important that Africa resources its own writers to continue writing the African story for present and future generations.

In an interview at the sidelines of an event to commemorate the 20th anniversary of the African Union at the W.E.B Du Boise Centre, Accra, Tony Mochama, explained that the importance of writers is to tell the stories of the people, which is an important part of development.

“Especially in Africa, sometimes we are lost because we don’t know ourselves. We just make a living which is no different – everything makes a living. So the importance of writers are to record the stories. And you know the famous story – ‘the lion must tell its story to stop being hunted’ – the African must tell his stories in order to stop being irrelevant, immaterial of ignored,” he explained.

He bemoaned the practice of African governments spending more money on promoting wars, than on developing its human resource base – the most important aspects of the development of societies.

“Because the culture and heritage are looked down. While other people are getting the stake, culture is among the least bothered. Yet African governments can spend billions of dollars on arms. This is a very myopic thinking. We spend billions on defense, but our own intellectual development – in culture and the arts – is where the least is spent.

“A lot of money will be spent on helicopters and missiles. Are black people warlike? We behave like the Amalekites in the bible, and yet we say we have the resources. The first resource is intellectual resource, and for as long as you don’t develop it, you can’t progress. Of course, culture is a huge part if intellectualism and civilization. This continent will stay the dark-continent not because of skin, but because light is not chinning on it,” he explained.

Nigerian award-winning novelist, TJ Benson, stated that African governments must look for ways to make the publishing industry an enticing one to encourage more people to venture into writing and publishing.

“I would suggest that they revamp libraries – that is the starting point; making books and the distribution of books on the continent, a priority. That way, the publishing business will be encouraged, and if there are more publishers distributing books, this will mean they willing to take on more lesser-known writers. So, I will ask governments to look into the distribution of books across the continent. And also looking into the tax system for publishers, and ways to reduce publishing cost for books on the continent,” he told JoyNews.

The Deputy Resident Representative of United Nations Development Programme (UNDP), Sukhrob Khoshmukhamedov said the creative arts sector is a critical sector that must be pursued rigorously by Africa.

“The innovation and creative industry is an important source of commercial and cultural value, and an enabler of trade and sustainable development. The global creative economy is a $1.5 trillion industry, and Africa is missing out on that opportunity. By bringing this initiative and these creative people to be known by bigger audience, we will create the potential for African writers and artistes to be more promoted and to be able to get that opportunity to get access to the creative markets,” he stated.

He explained that African governments must be the ones to be at the fore front of pushing the creative sector of the continent to the level it must be.

“I think it is a joint responsibility. Governments have to support through education and other things. I think the role of private industries is also important, as well as other civil societies, and we as international organisations are trying to also support it. But I think our role is to support, and governments and the private sector as well as civil society should be on the driving seat,” he explained.

Speaking at the ceremony, Sylvia Arthur, the founder of the Library Of Africa and The African Diaspora (LOATAD), Ghana, explained that she hopes writers will be integral to Africa and the African Union’s advancement over the next 20 years and beyond.

“It is my hope that, as the African Union turns 20 and we at LOATAD turn five, in Our Africa, Our Future, we will work together to ensure that African writers are nurtured and supported to achieve the full potential of our great continent.

“It is my hope that our writers will be as respected on the continent as much as they are abroad. LOATAD, for one, will persevere in our mission to elevate African literature to its rightful place as a fundamental part of Africa’s cultural heritage,” she told the gathering.