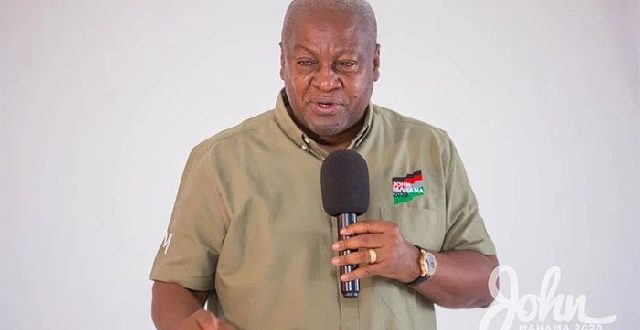 Mr Mahama said he has no preference in the polls and has thus not endorsed anyone’s candidature.

In a press release signed by his Special Aide, Joyce Bawah Mogtari said Mr Mahama’s only interest is victory for the party in the 2024 polls.

“Former President John Dramani Mahama wishes to once again caution, in the strongest terms, aspirants and their campaigners who deliberately continue to associate his name with their campaign.

“As has been publicly stated by Mr. Mahama, he has no preference and has not endorsed any candidate in the ongoing NDC national executive elections, which climaxes on Saturday at the 10th National Delegates Congress,” excerpts of the release said.

“Mr Mahama has noted the attempt by some candidates to push a narrative, despite his previous cautions, that he supports their candidature, the statement added.

The NDC’s Congress is scheduled to come off on Saturday, December 17, at the Accra Sports Stadium.

It will beunder the theme, “Rallying for victory 2024; Ghana’s hope.”