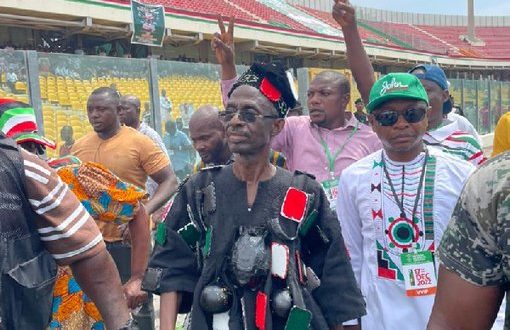 The 65-year-old politician secured enough votes to eliminate competition at the ongoing 2022 National Delegates Congress of the Party.

This is the outcome of the elections held at the Accra Sports Stadium on Saturday, December 17, 2022.

According to the confirmed results, Mr Asiedu Nketiah who stepped down as the General Secretary after 17 years polled 5569 representing 65.17 percent to win in a landslide victory.

This is, however, not good news for the incumbent, Samuel Ofosu-Ampofo who had vowed to emerge victor ahead of the congress.

Popularly known as General Mosquito, Mr Asiedu Nketia relinquished his 17-year reign as the NDC’s General Secretary to run for the Chairmanship role.
About an hour to the end of the collation, Mr Ofosu Ampofo was spotted leaving the stadium in his vehicle.

Ahead of the polls, the General Secretary bade farewell to his members and urged all to forgive any transgressions that may have emanated from his office while serving as the chief scribe.

“Those I’ve offended, may the Lord touch your hearts to forgive me. The credit I have made so far is shared and attributed to the footsoldiers of this party,” the party firebrand said on Saturday.

The others in the chairmanship race also include Samuel Yaw Adusei and Nii Armah Ashietey.