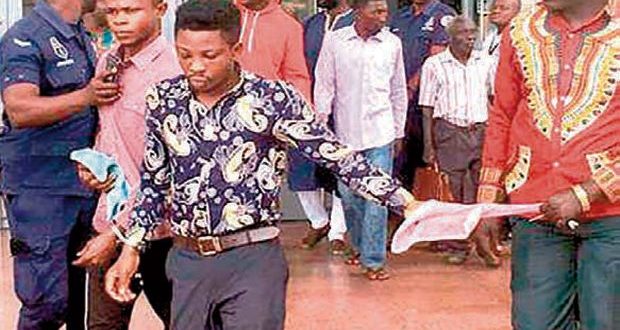 An Accra High Court has sentenced the four young men who kidnapped two Canadian ladies in Kumasi, the Ashanti regional capital in 2020, to a total of 40 years’ imprisonment in hard labour.

This was after the court found them guilty of the four charges of conspiracy and kidnapping contrary to Section 89 of the Criminal and other Offences Act.

Sampson Aghalor, 27, computer engineer; Elvis Ojiyorwe, 27, businessman, and Jeff Omarsa, 28, Tiller – all Nigerians and their Ghanaian counterpart Yussif Yakubu, 28 are before the court charged with conspiracy and kidnaping contrary to Section 89 of the Criminal and other Offences Act.

An all-Ghanaian security operation led by the National Security in June 2019, rescued the two Canadian ladies who were abducted from the gates of their hostel in a Kumasi suburb two weeks earlier.

Eight persons were initially arrested but four of them were later discharged as the prosecution decided to drop all charges against them after reviewing the investigations.

The accused persons are alleged to have demanded a ransom of $800,000 from the relatives of the victims, and threatened to kill them if the money was not sent to them.

They were said to have also touched the ladies inappropriately and threatened to have sex with them if they failed to cooperate.

In a bid to get the victims’ parents to pay the ransom, the accused persons smeared the victims with the blood of a fowl, took pictures of them and forwarded them to their parents.

The court as well as the defence lawyers apologised to the victims and their families for the trauma they had to go through.