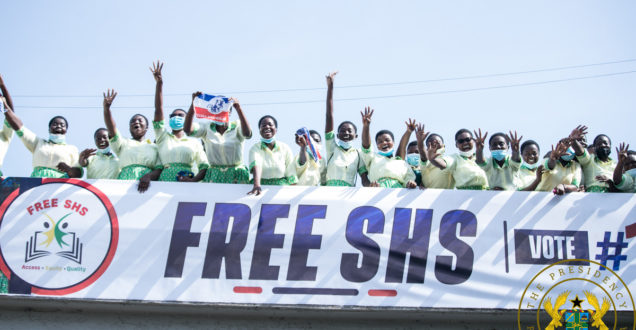 The President of the National Union of Ghana Students, Dennis Appiah Larbi-Ampofo, says giving parents the option to pay school fees for their wards under the Free Senior High School Programme will create classism in schools.

Mr. Larbi-Ampofo was speaking on JoyNews’ AM Show where he advised that government should not explore such an option.

He lamented the level of classism that already characterizes the usual extra classes when some parents are unable to afford the fees.

According to him, treatment of students will vary should the option be effected.

The Union President admitted that although the option is a “brilliant idea”, the country is not ready for it.

“It’s a brilliant idea but practically, this country is not ready for that. Let’s not even go there,” he added.

He also warned that a resort to the option would “run this country into an apartheid system of a sort where people who pay for Free SHS are treated in a different way.”

The Free SHS programme has been subjected to persistent criticism lately with some people questioning the quality of human resources resulting from the policy.

Reports indicate a deficit in school infrastructure to accommodate the huge number of students under the programme.

Meanwhile, individuals and organizations have called on the government to review the policy in order to cut down on the huge sums of money being channelled into the programme.

I'm Adwenpa-Hene |Blogger & Broadcaster Journalist. I am the CEO and manager of this noble website. I publish on Entertainment, Sports, Politics, Lifestyle, and Technology. You can also follow Us on : YouTube Channel - My Ghana Media TV, Facebook - MyghanaMedia TV , Twitter - @MyGhanamedia2 & Instagram - My Ghana Media TV. Email Address: [email protected] Contact Us: 0200818719
@@MyGhanamedia2
Previous Latest Increment In Fees Justified – UG Management
Next Authoroties Of UG Reminds Students Of Ban On All Gatherings And Events On Campus