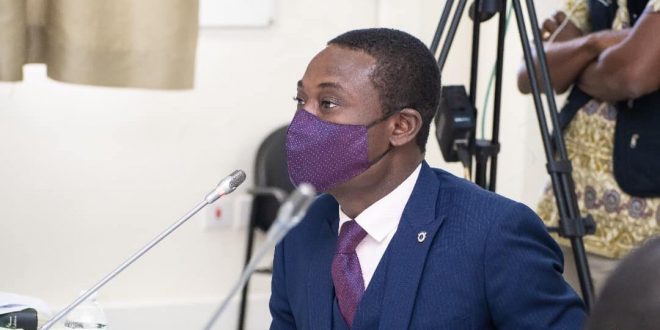 The Special Prosecutor, Kissi Agyebeng says his outfit has initiated steps to investigate circumstances leading to an unnamed businessman, described as wealthy, attempting to bribe some New Patriotic Party Members of Parliament to soften their demand for the dismissal of Finance Minister, Ken Ofori-Atta.

This is contained in a half-year report issued by the Office of the Special Prosecutor (OSP).

“The Office has triggered a liaison with the Office of the Speaker of Parliament in this regard,” the report revealed.

According to the OSP, the release of the report is in pursuance of section 3(3) of the Office of the Special Prosecutor Act, 2017 (Act 959).

The 13-page report offers an insight into the corruption cases investigated and prosecuted by the Office of the Special Prosecutor (OSP) and the highlights of activities undertaken by the Office between 1st August 2022 and 31 December 2022.

The report signed by the Special Prosecutor, Mr. Kissi Agyebeng listed cases that are being prosecuted, those concluded and ongoing investigations.

Among the ongoing cases under investigations is the alleged attempt by the unnamed and wealthy businessman to bribe the NPP MPs.

“The Office has commenced investigation into allegations of an attempt by an unnamed and wealthy businessman to bribe some members of the majority caucus of Parliament,” part of the report read.

It would be recalled that in October last year, some New Patriotic Party (NPP) parliamentarians demanded the sacking of Ken Ofori-Atta as Finance Minister for alleged poor performance.

The MPs, numbering about 80, held a press conference to impress upon the President to relieve his cousin of the responsibility of managing the national purse or risk losing their support for government business going forward.

They also asked that the Minister of State at the Ministry of Finance, Charles Adu Boahen, be subjected to a similar fate.

It was addressed by MP for Asante Akyem North, Andy Appiah-Kubi.

According to him, the call had been communicated to the Presidency through the leadership but to no avail.

“Notice is hereby served that until such persons as aforementioned are made to resign or removed from office, we members of the Majority caucus here in parliament will not participate in any business of government by or for the President [or] by any other minister,” he explained.

Later, in an interview on JoyNews PM Express, the Majority Leader, Osei Kyei-Mensah-Bonso revealed that an unnamed businessman visited Parliament house to mediate the impasse.

He explained that in the heat of the arguments in Parliament, the said businessman met some of the legislators.

The Suame MP insisted that it was meant to help persuade the members of the house against nudging the Minister out of office.

“I was told that he came here and tried to mediate in his own way what he thinks the problem is,” he said.

“He further narrated that “he was repelled by the people and was told not to involve himself. So he went away.”

This assertion was confirmed by Mr. Andy Appiah-Kubi in a blow-by-blow narration of how the wealthy Ghanaian businessman attempted to influence the Majority Caucus to back off on their request.

The MP in an interview on Top Story, said the wealthy businessman on the day after the Press conference was held to demand Mr. Ken Ofori-Atta’s dismissal, requested to meet the 80 NPP MPs in Parliament.

His request was subsequently granted. According to Mr. Appiah-Kubi, during the meeting, the business tycoon tried to influence the MPs to rescind their request.

The lawmaker said he offered a ‘fat’ envelope which contained some undisclosed amount of money for the MPs to back off from their demand.

However, Mr. Appiah-Kubi noted that the MPs turned down the affluent man’s request and asked him to stay off the matter.

Mr. Kissi Agyebeng says he is poised to find out who the businessman is and take the necessary action.

I'm Adwenpa-Hene |Blogger & Broadcaster Journalist. I am the CEO and manager of this noble website. I publish on Entertainment, Sports, Politics, Lifestyle, and Technology. You can also follow Us on : YouTube Channel - My Ghana Media TV, Facebook - MyghanaMedia TV , Twitter - @MyGhanamedia2 & Instagram - My Ghana Media TV. Email Address: [email protected] Contact Us: 0200818719
@@MyGhanamedia2
Previous Ashanti Regional NSS Boss Handed Two Months Suspension Without Pay
Next UG Management On Fee Increment: If You Feel There Is An Illegality, The Court Is There