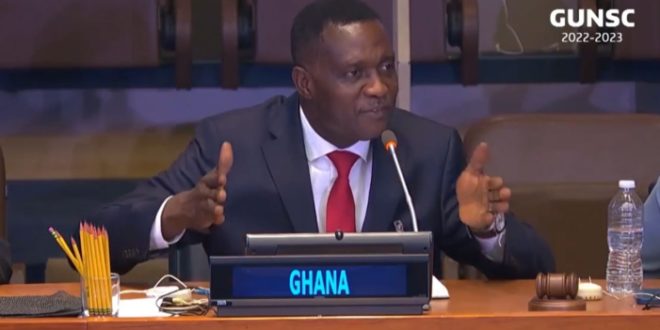 The Ministry of Education has asked public universities that charged more than the 15% approved fees to refund the extra amount paid by their students.

The directive comes after the Minister of Education, Dr Yaw Osei Adutwum, held a meeting with the management of some of the universities and the Ghana Tertiary Education Commission (GTEC) on Thursday over agitations that some universities including the University of Ghana were charging more than the approved fees.

In an interview on Eyewitness News, the Public Relations Officer of the Ministry of Education, Kwasi Kwarteng said “the expectation is that any person that paid more than the approved fees should have his or her money refunded and this, the University authorities agreed to. The approved fee is 15% per charge so if you charge anybody more than that, it is only fair that you make a refund”.

When asked about what sanctions will be imposed on universities that fail to comply with the directive, the Public Relations Officer indicated that “we don’t believe it will get to that point”.

He added that the universities have laws that govern their operations and should inform them about how they charge their fees adding that, the Ministry based on that, reminds them to stay within the confines of the laws.

In a related development, a member of the Communications team of the University of Ghana, Prof. Ransford Gyampo argued that the University did not charge higher fees as has been circulated on social media.

See also  Speaker Slams Some Staff Of Parliament, Says They Earn Salaries For No Work Done

Meanwhile, the National Union of Ghana Students (NUGS) has described the justification provided by the University of Ghana as unfair for an increment in its fees for the 2022/2023 academic year.

Tertiary institutions were directed by the Ghana Tertiary Education Commission (GTEC) to increase their fees by 15%, a decision kicked against by various student groups.

The student groups believe the public tertiary institutions increased the fees by more than the required percentage.

I'm Adwenpa-Hene |Blogger & Broadcaster Journalist. I am the CEO and manager of this noble website. I publish on Entertainment, Sports, Politics, Lifestyle, and Technology. You can also follow Us on : YouTube Channel - My Ghana Media TV, Facebook - MyghanaMedia TV , Twitter - @MyGhanamedia2 & Instagram - My Ghana Media TV. Email Address: [email protected] Contact Us: 0200818719
@@MyGhanamedia2
Previous NSA Confirms It Will Consider Suggestions To Name Stadium In Ghana After Pele
Next Aburihene Reiterates Call To Govt To Invest In Aburi Botanical Gardens For Development