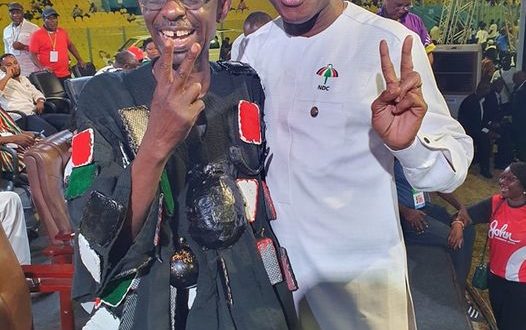 NDC Denies Settling On Timelines For Presidential And Parliamentary Primaries

The General Secretary of the National Democratic Congress, Fiifi Fiavi Kwetey has dismissed media reports indicating that the party will hold its presidential and parliamentary primaries on Saturday, May 6, 2023.

A timetable released to the media after the party’s Functional and National Executive Committee (NEC) meeting on Thursday stated that both Presidential and Parliamentary primaries will take place concurrently on May 6.

But in an interview with Citi News, the General Secretary of the NDC said the party will officially communicate the agreed dates for the presidential and parliamentary primaries to the public in due time.

Meanwhile, National Chairman of the NDC Johnson Asiedu Nketiah and Fifi Kwetey will lead a team of National Executives and former National executives to thank the Lord for a successful Congress.

The thanksgiving will take place at the Perez Chapel at Dzowulu Junction on Sunday, January 8, 2023.

Mr Asiedu Nketiah also stated that the party’s victory in the 2024 general elections is a collective effort.

He said all aspirants who lost in the national, regional, constituency and branch elections will be given a role to play in a bid for the party to win the 2024 elections.

Addressing the Muslim community at the National Mosque at Kanda during a thanksgiving and prayer ceremony, Mr. Asiedu Nketiah said the NDC is poised to change the economic situation of the country.

“We are begging God to help us have the patience to help the leadership do a total deployment of all the members of NDC so that we all have roles to secure power in 2024. The deployment is going to be total. Everybody in NDC will have a role to play so that we can march towards a common objective.”