Breaking News
Home / GENERAL NEWS / Afua Kyei: The Ghanaian Woman Who Is The Chief Financial Officer For The Bank Of England 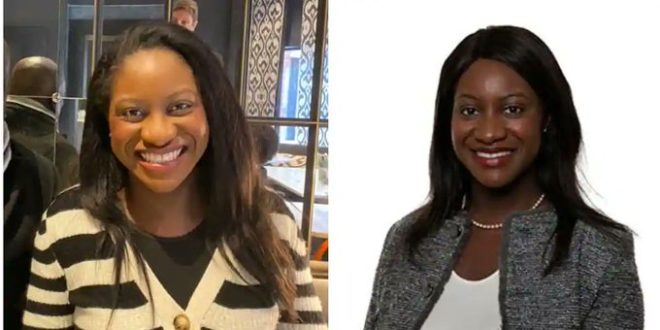 Afua Kyei: The Ghanaian Woman Who Is The Chief Financial Officer For The Bank Of England

Afua Kyei, the chief financial officer of the Bank of England has been named in the 2023 list of 100 Most Reputable Africans.

The other Ghanaians include Professor Naana Jane Opoku-Agyemang, the chancellor of the Women’s University in Africa and Eric Yirenkyi Danquah, a professor of plant genetics at the West Africa Centre for Crop Improvement (WACCI) in Accra.

Others are Dag Heward-Mills, the founder and bishop of the Lighthouse Chapel International; Edward Enninful, OBE, the editor-in-chief of British Vogue; Ken Kwaku, the honorary consul of Ghana to Tanzania; and Kofi Tutu Agyare, managing partner at Nubuke Investments.

See also  Saboba: ‘The Headteacher Is One Of Us, We’ve Forgiven Him’ – Families Of 9 Drowned Students

The remaining three are Lucy Quist, the managing director of Morgan Stanley Ghana, Samuel Esson Jonah, the chancellor of the University of Cape Coast, and Theresa Ayaode, the executive director of the Multiple Concepts Group.

Kyei joined Bank of England in 2019 from Barclays Bank where she held Finance Director roles (2012-2019) across its three divisions: Group Operations and Technology, the Investment Bank, and latterly in the Retail Bank as Chief Financial Officer Mortgages. She played a key role in Barclays’ strategic cost transformation programme, TRANSFORM and was an ambassador for diversity and inclusion for Group Finance Director functions.

Previously, she held advisory roles at UBS in Mergers and Acquisitions, Group Strategic Advisory (2007-2009) and was an Investment Banker in the Financial Institutions Group covering UK, Benelux, Central and Eastern Europe (2009-2011).

She was part of the team that helped advise RBS during the financial crisis in relation to its divestments mandated as part of EU State Aid remediation, its participation in HM Treasury’s £282bn Asset Protection Scheme and its capital issuance of £33.5bn to HM Treasury.

She qualified as a Chartered Accountant (ICAS) with Ernst & Young. She read Chemistry at Somerville College, Oxford University and graduated with a Master’s degree. She was awarded a Junior Research Fellowship by Princeton University in Organic Chemistry.

I'm Adwenpa-Hene |Blogger & Broadcaster Journalist. I am the CEO and manager of this noble website. I publish on Entertainment, Sports, Politics, Lifestyle, and Technology. You can also follow Us on : YouTube Channel - My Ghana Media TV, Facebook - MyghanaMedia TV , Twitter - @MyGhanamedia2 & Instagram - My Ghana Media TV. Email Address: [email protected] Contact Us: 0200818719
@@MyGhanamedia2
Previous I See Nothing Wrong With The1992 Constitution, Says Deputy Attorney General
Next Ghana Is Dead; Our Leaders Are Only Wishful Thinkers – Clement Adjei 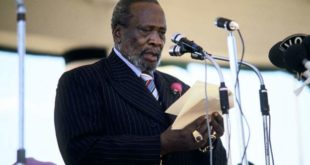