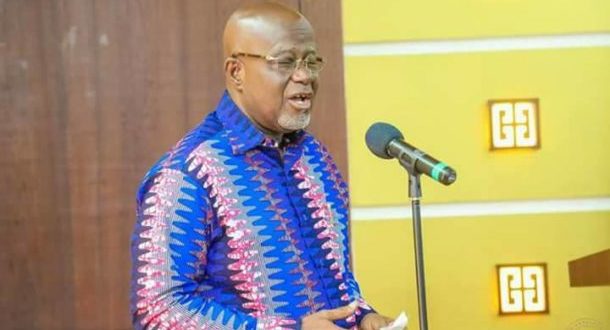 Chairperson of the council of elders of the New Patriotic Party (NPP), Hackman Owusu-Agyemang, says the possibility of Vice President Dr Mahamudu Bawumia running on a joint ticket with former Minister of Trade and Industry, Alan Kyerematen, should not be completely ruled out.

Speaking on the pulse with Blessed Sogah on Friday, January 6, Mr Owusu-Agyemang indicated that it is important for the party to put together two of its most popular people and observe how it works out.

“I think that as a political party, our job is to ensure that we are able to work together as people who are of the same stables and for that matter think alike and so I have no problem with that at all,” he explained.

He added that “in fact, if I were to be asked, I would say ideally if we can get the vice president, my own brother Kyerematen, and my own brother Bawumia together it will be fantastic.”

Mr Kyerematen, one of the forerunners in the lead-up to the selection of the flag bearer for the NPP in the 2024 elections, resigned from office on Thursday, January 5, 2022.

It has been speculated that his decision is to allow him to focus on the presidential race.

Given the fierce rivalry between the former government appointee and supporters of Vice President Dr Bawumia, who is being tipped to join the presidential race, some stalwarts of the governing party have called for a joint ticket.

This, they argued, is to keep a united front for a party which wants to break the eight year political cycle for incumbent parties in Ghana’s Fourth Republican history.

The latest to support calls for an Alan-Bawumia ticket for 2024 elections is the Chairperson of the council of elders of the NPP Mr Owusu-Agyemang.

He said on The Pulse that “we are a democratic party with a purpose and the purpose is to win the elections at the national level in 2024. I have been in politics for over sixty years and I cannot think that putting the competing interests together will in any way be a disadvantage. If in anything at all it will be the greatest advantage we have.”

“We are not disenfranchising anybody, no! We don’t want to do that but what we want to do is to make sure we are working together and so we are having a team to be able to do it,” he added.

Meanwhile, Mr Kyerematen is yet to officially communicate if indeed his next political ambition is to lead the NPP as its flag bearer in the 2024 election.