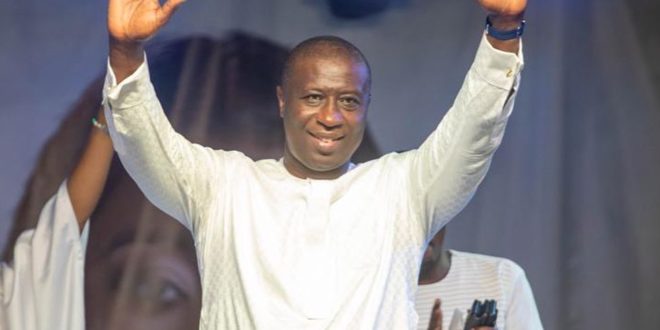 Despite the New Patriotic Party MP’s “attempts” to hide his diehard support for Alan Kyeremanten earlier, the MP gave himself away by sharing and encouraging his viewers to watch and follow Alan Kyeremanten’s “Great Transformation Plan” broadcast video. Patrick Boamah has since 2014 been a supporter of the Minister for Trade & Industry Hon. Alan Kyerematen, with Alan selecting Boamah’s constituency to launch his 2014 campaign against Akufo-Addo ahead of the the party’s internal election

Patrick Boamah who is a staunch Alan supporter against Vice President Bawumia but for some reasons is afraid to come public with it was unhappy about references made to him being a supporter of Alan Kyerematen.

Among the key supporter base of Alan include Jojo Fosu, a former Chief of Staff and Minister for Presidential Affairs under the administration of John Agyekum Kufuor, Kwadwo Okyere Mpiani, an ex-MP for Kwadaso in the Ashanti Region, Samuel Kwadwo Nuamah, who lost his seat to Dr. Kingsley Nyarko, Edward Anin, ex-MP, Obuasi East, Ebenezer Gilbert Nii Narh Nartey, the MP for Ablekuma Central, onetime Deputy Minister for Aviation,Yaw Maama Afful, who was the MP Jaman South Constituency and sources say Nana Dokua Asiamah Adjei, MP for Akuapem North Constituency in the Eastern Region and her husband a Presidential Staffer, Charles Bissue.