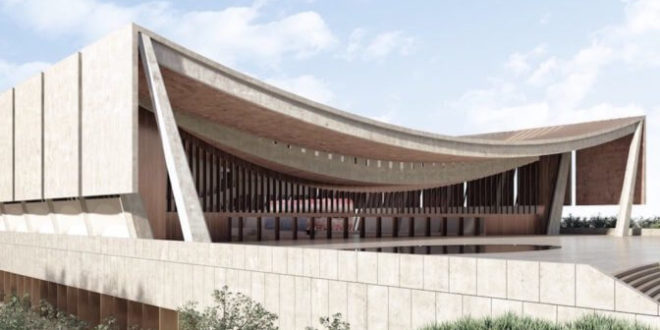 This time, and using information from the same documentation submitted by the Secretariat to Parliament on December 15, 2022, the Secretariat noted, the National Cathedral is said to have made illegal payments totaling GHC 2.6m to a company called JNS.

This accusation was made by North Tongu Member of Parliament Samuel Okudzeto Ablakwa.

Mr Ablakwa presented what he describes as “unimpeachable” and “incontrovertible” evidence against the Secretary to the Board of Trustees of the National Cathedral of Ghana, Reverend Victor Kusi Boateng.

According to him, Rev Kusi Boateng is the third “mystery” director of JNS Talent Cantre Limited, a firm he had earlier accused of receiving GH¢2.6 million illegal cash transfer from the Secretariat.

“Rev. Victor Kusi-Boateng AKA Kwabena Adu Gyamfi thought he had outwitted every Ghanaian, particularly our authorities whom he dribbled for many years; but the day of reckoning is finally here.”

But responding to him in a statement, the Secretariat said “As a normal verification – expected of a Member of Parliament – would have revealed, this was not an illegal payment but rather a refund of a short-term interest free loan made by JNS to top up the payments to the contractors of the National Cathedral.

“This support was sought from a National Cathedral Trustee Member, Rev Kusi Boateng, in a letter dated August 26, 2021 due to a delay in the receipt of funds to pay the Contractors on time. The GHC 2.6m was paid from the JNS account to the National Cathedral account on August 27, 2021, following a request from Rev Kusi Boateng to his bankers, ADB.

It added “So, this is not an illegal payment! As we have stressed, consistently, a project of this nature that significantly raises the issues of faith and national development will always have its discontents, malcontents, as well as those who would use lies, and reckless populist statements to give the impression of wanting accountability. In our vibrant democracy, this is to be expected. 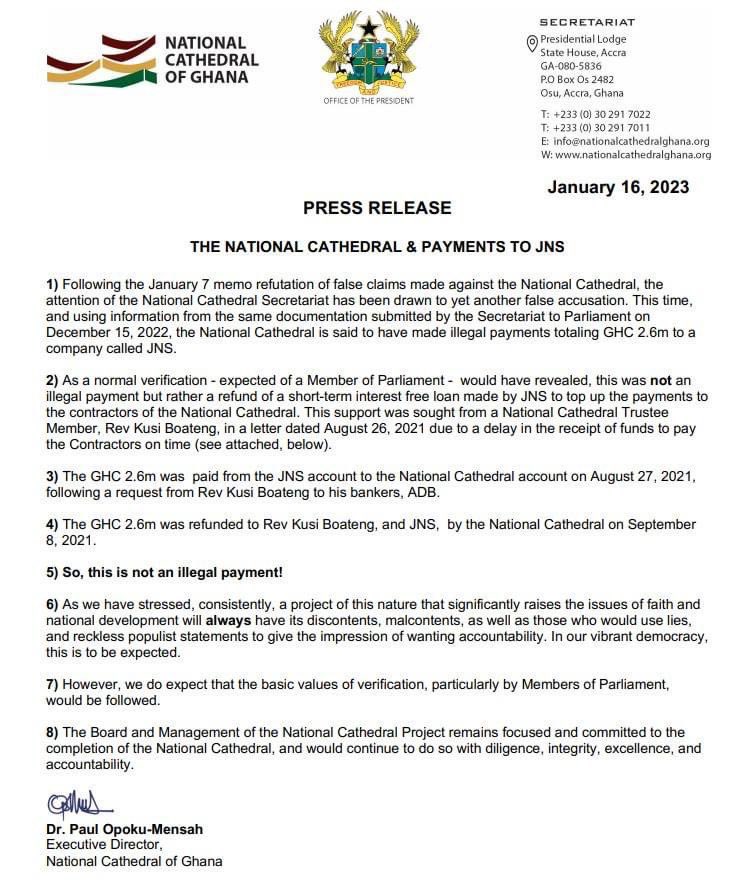