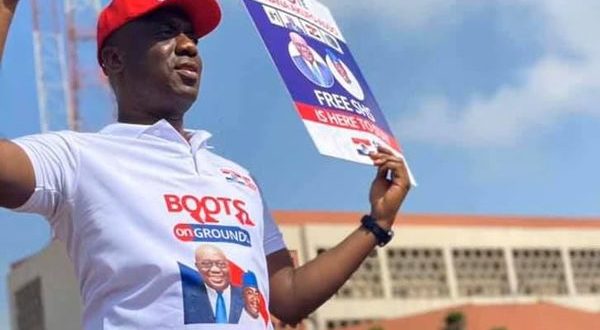 The software would, among others, have all the numerous projects of the NPP administration, especially the major policies that have brought massive progress, so far.

Also, the App would readily give information, about the achievements of both the NPP and the opposition National Democratic Congress (NDC) for the purposes of comparison.

Justin Kodua Frimpong, NPP General Secretary, who made the announcement, pointed out that the software was coming at the right time for the NPP to market itself.

For instance, he said the software would help the NPP communicators to expose the NDC communicators whenever they peddle falsehood to deceive the public.

“This software would contain all the achievements of the NPP and the NDC therefore, it would be impossible for the NDC to peddle falsehood in the media as noted of them.

“The software has been programmed in a way that our communicators would only need to type the information they want, and it would be delivered to them instantly,” he stated.

Justin Kodua, who was speaking with Omanhene Yaw Adu Boakye of Sompa FM, said the NPP was determined to retain political power during the 2024 presidential elections.

According to him, the performance of the communication wing of the NPP would go a long way to boost the party’s chance of winning the parliamentary and presidential polls.

“If we communicate our achievements better to the public, it would help us to sustain people’s interest and hope in the NPP so they would vote for us in 2024 to retain power.

“With this app, our communicators would just need to log in with a secret code and they would have all the party’s information at their fingertips to communicate on radio and TV,” he added.

Justin Kodua said it looked likely that the software would be launched before the close of January 2023, saying that the “App would also stop voter apathy in the 2024 elections.”

He maintained that the NPP has performed better than the NDC in government, stressing that the NPP only needed to communicate their achievements better and win votes.