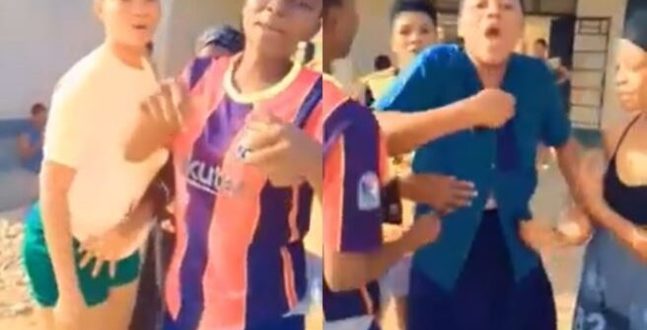 The eight female students who were dismissed from the Chiana Senior High School in the Upper East Region, for making derogatory comments about the president in a video, have been called back to school.

Management of the Ghana Education Service has directed the School’s administration to call back the girls, following the intervention of the President last week.

The father of one of the girls has confirmed to JoyNews that her daughter is reporting back to school today after the school administration called to inform him that she could come back to school.

Prior to the dismissal, the students had been on suspension.

The GES said its investigation into the incident confirmed that the students used unsavoury language against the President in a viral video.

It described the actions of the students as “very undesirable, and contrary to the acceptable standards of the conduct generally required of any student in Ghana’s educational system”.