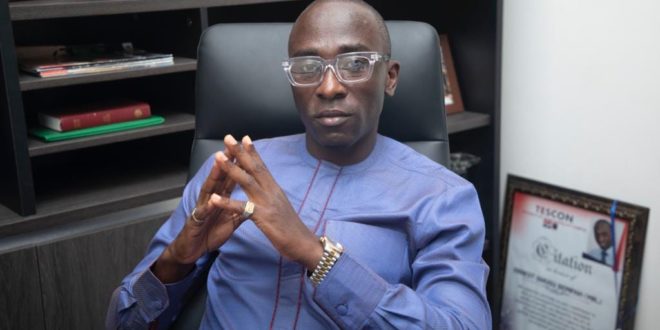 Ernest Kofi Owusu Bempah, Head of Corporate Affairs at Ghana Gas Company Limited, has slammed former President John Dramani Mahama, describing him as an inconsistent leader who should not be given the chance to govern Ghana again.

According to him, Mr. Mahama’s “flip-flop” nature has been exhibited several times on many important policy issues, particularly the ruling government’s free SHS policy.

Mr. Owusu Bempah, who is also a Deputy Communications Director of the New Patriotic Party (NPP), delivered the damning verdict on the former president on Atinka TV’s current show, “The Agenda,” hosted by Speaker Nana Fianko.

Mr. Owusu Bempah said Mr. Mahama and the NDC have “been consistently inconsistent when it comes to many topical issues,” adding that their position on the free SHS policy kept changing before the 2016 and 2020 elections.

He said Mr. Mahama and the NDC initially kicked against the free SHS and later changed their stance to a “progressively free SHS” policy.

The tough-talking NPP communicator further lambasted the NDC for not adhering to its ideals as a social democratic party by not fully backing the Free SHS policy, adding that as a political party that claims to love the masses, it should have supported the policy.

Meanwhile, praised Nana Akufo-Addo for living up to his promise as far as the Free Education Policy is concerned, adding that the initiative has helped many Ghanaians who hitherto could not afford senior secondary education for their wards.

“The Free SHS policy will be the greatest legacy of Nana Akufo-Addo when he is no longer in officer,” Mr Owusu Bempah said