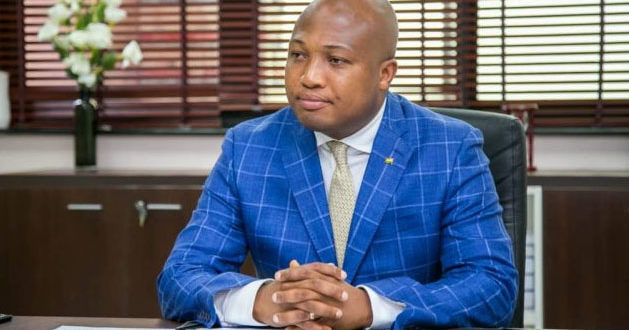 After publishing damning allegations against the Secretary to the Board of Trustees of the National Cathedral Rev. Victor Kusi Boateng, Member of Parliament (MP) for North Tongu in the Volta Region, Samuel Okudzeto Ablakwa has deleted his post on social media, specifically Facebook.

In an interesting manner, the lawmaker post containing the allegations he described as “unimpeachable” and “incontrovertible” evidence against Rev. Kusi Boateng has suddenly disappeared.
Information indicates that the deleted posts has been trending on social media.
Ablakwa had alleged “misappropriation” exposé of National Cathedral funds which he is now running away from it.

According to the lawmaker, he discovered the alleged diversion of GH¢2.6million of National Cathedral funds to a company known as JNS Talent Centre Limited owned by Rev. Johannes Eshun.

He purported that the incorporation information, JNS Talent Centre Limited’s given registration number is CS695622015 has one Johannes Eshun, Sheila Eshun, and Kwabena Adu Gyamfi directors and that the company has no track record in construction and design which was gifted the GH¢2.6million of the National Cathedral Secretariat has links to Rev. Kusi Boateng.

See also  COVID-19: There Is Light At The End Of The Tunnel – Akufo-Addo

The North Tongu lawmaker alleged that, Rev Kusi Boateng is the third “mystery” director of JNS Talent Cantre Limited, a firm he had earlier accused of receiving GH¢2.6 million illegal cash transfer from the Secretariat.

“Unimpeachable and incontrovertible evidence confirms that Mr. Kwabena Adu Gyamfi is the famous Rev. Victor Kusi Boateng who still serves on the National Cathedral Board as an Executive Council Member/Director,” he said.

“Rev. Victor Kusi-Boateng AKA Kwabena Adu Gyamfi thought he had outwitted every Ghanaian, particularly our authorities whom he dribbled for many years; but the day of reckoning is finally here.”

He further stated that Rev. Victor Kusi Boateng aka Kwabena Adu Gyamfi must be subjected to thorough credible investigations and prosecution for his many other offenses which have now come to light and called on President Nana Addo Dankwa Akufo-Addo to outrightly dissolve the Board of the National Cathedral.

But Rev Kusi Boateng who doubles as the founder and Leader of the Power Chapel Worldwide Prophet has expressed his readiness to defend himself over supposed investigations that will be conducted by the Commission on Human Rights and Administrative Justice (CHRAJ) into the allegation made against him by Member of Parliament for Noth Tongu, Samuel Okudzeto Ablakwa.

According to him, he is fully prepared to make his case when he appears before the Commission.

“I wish to assure the public that the statement made by Mr Ablakwa are a twisted narration of events to pursue a malicious political agenda.

“There has never been any criminal intent nor any crime committed in my dealings with the government of Ghana or National Cathedral,” Rev Kusi Boateng said when responding to Mr. Ablakwa in a statemnt.

Meanwhile, Mr Ablakwa has petitioned the Commission on Human Rights and Administrative Justice ( CHRAJ) to look into the matter.

I'm Adwenpa-Hene |Blogger & Broadcaster Journalist. I am the CEO and manager of this noble website. I publish on Entertainment, Sports, Politics, Lifestyle, and Technology. You can also follow Us on : YouTube Channel - My Ghana Media TV, Facebook - MyghanaMedia TV , Twitter - @MyGhanamedia2 & Instagram - My Ghana Media TV. Email Address: [email protected] Contact Us: 0200818719
@@MyGhanamedia2
Previous ‘He Is A Gift To This Nation, Let’s Not Take It For Granted’ – Nsawam/Adoagyiri MP Projects Dr. Bawumia As Next President
Next Joe Ghartey Clears Air Over Accra Sky Train Project