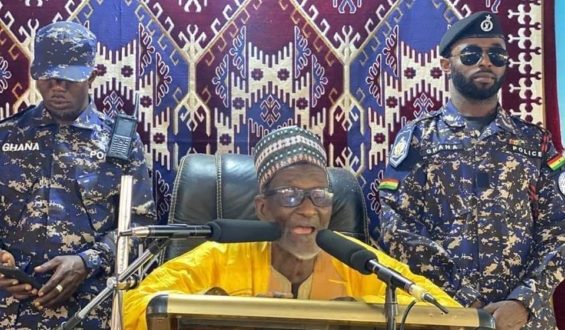 One of the most well-known religious figures among Muslims, Sheikh Muhammad Rashaad Ahmed, has passed on.

Sheikh Rashaad, a Kumasi resident, was known as a “Professor Emeritus of Islamic Jurisprudence” whose life was devoted to upholding the principles of Islam as it was revealed to Prophet Mohammed (SAW). He was 96 years old.

His death on Thursday night, January 19, 2023, at his home after Salatul Isha was widely circulated on social media.

Sheikh Rashaad regularly appeared at important Muslim gatherings to speak about shariah and other religious topics. He also answered calls from Muslims in Ghana particularly in Kumasi, giving theological rulings and counsel on everything from basic daily issues to more complex ones.

Muslims in Ghana are deeply affected by his passing, and many of them have resorted to social media to express their sorrow. 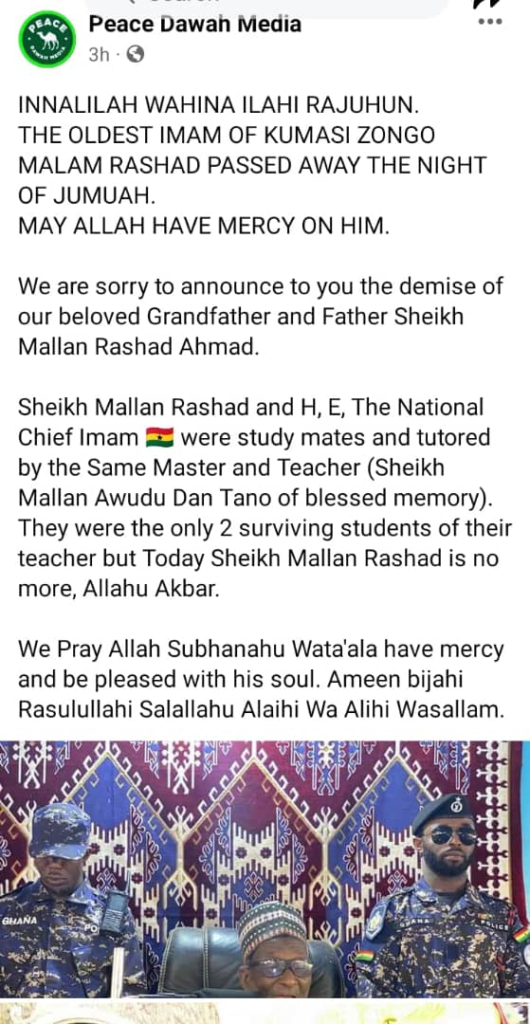 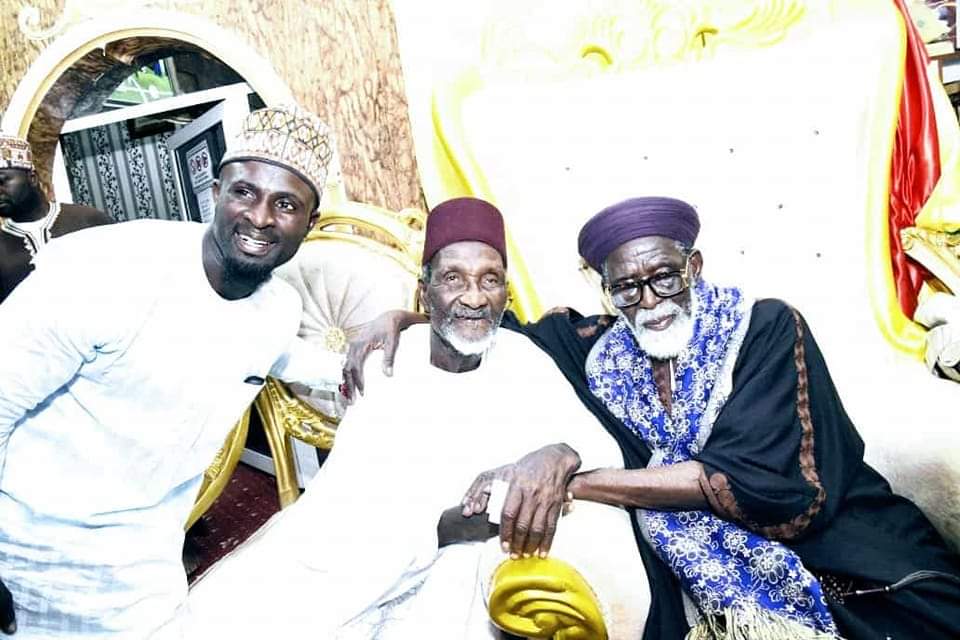 He will be buried on Friday, January 20, 2023, in accordance with Islamic law at the Kumasi Central Mosque. The National Chief Imam is most likely to lead the Muslim prayer for the deceased.

Sheikh Rashaad was born on March 30, 1930. He taught countless Islamic Scholars about the Tafseer of the Quran and the teachings of Prophet Mohammed (SAW) during his lifetime. 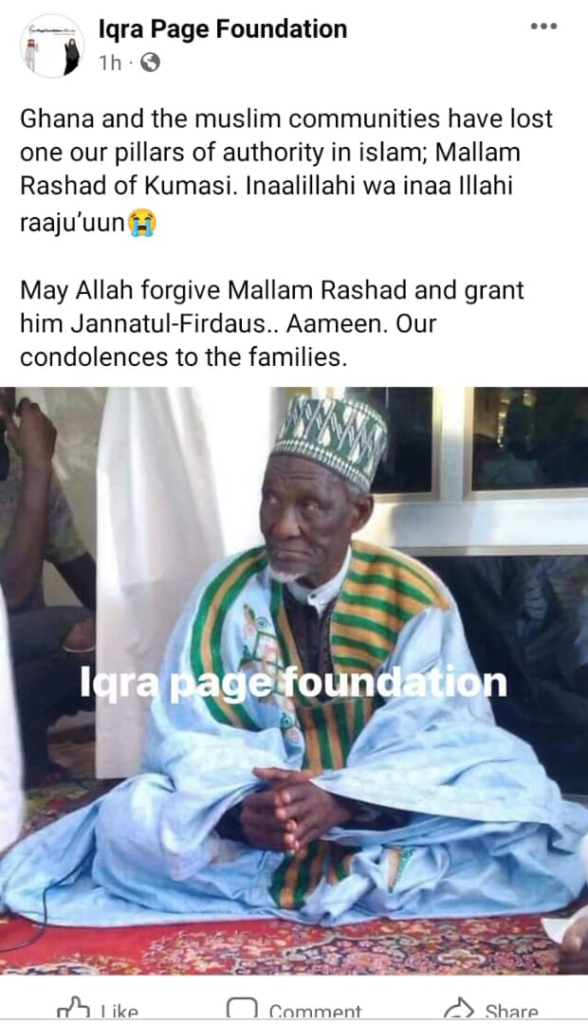 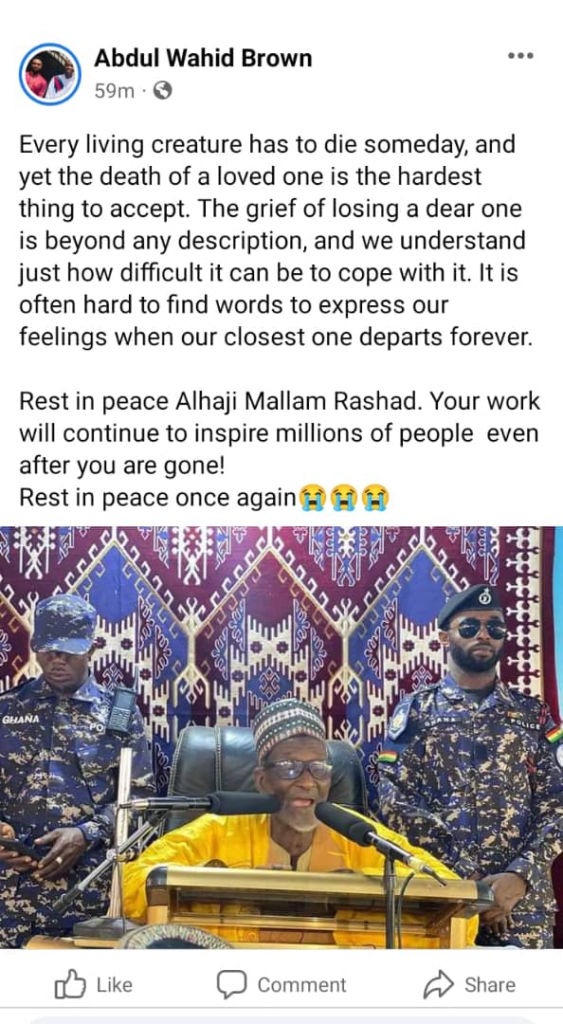 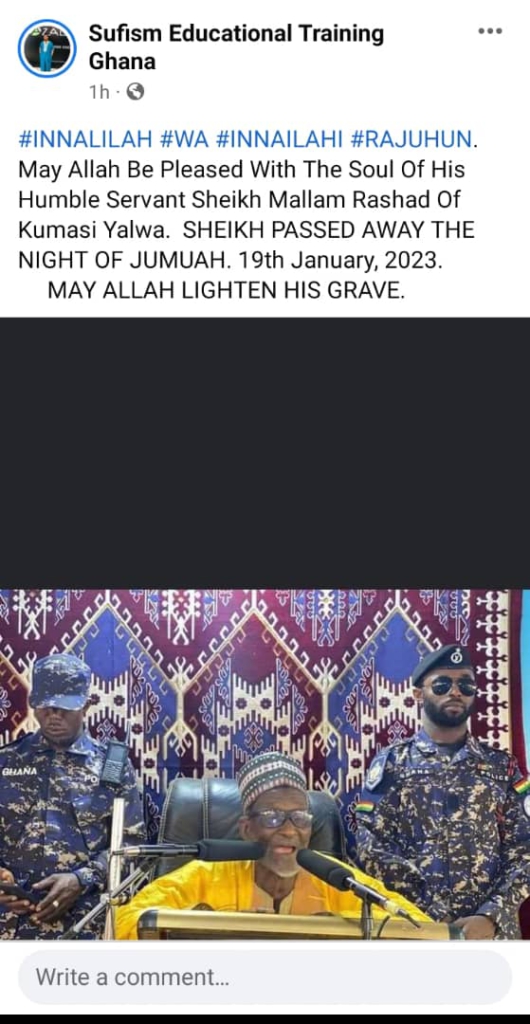 I'm Adwenpa-Hene |Blogger & Broadcaster Journalist. I am the CEO and manager of this noble website. I publish on Entertainment, Sports, Politics, Lifestyle, and Technology. You can also follow Us on : YouTube Channel - My Ghana Media TV, Facebook - MyghanaMedia TV , Twitter - @MyGhanamedia2 & Instagram - My Ghana Media TV. Email Address: [email protected] Contact Us: 0200818719
@@MyGhanamedia2
Previous Ghana: Today’s Newspaper Headlines; Friday, January 20, 2023
Next AC Zenon Mining: We Are Not Involved In Galamsey In Asuom! –Site Manager of AC Zenon Fires Back