Breaking News
Home / GENERAL NEWS / AC Zenon Mining: We Are Not Involved In Galamsey In Asuom! –Site Manager of AC Zenon Fires Back 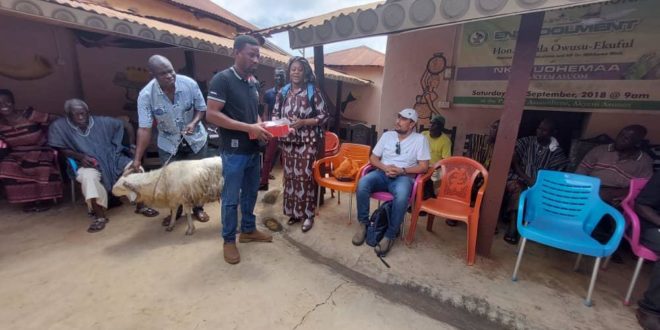 AC Zenon Mining: We Are Not Involved In Galamsey In Asuom! –Site Manager of AC Zenon Fires Back

It has from the investigations that the AC Zenon Mining Limited, is a legitimate gold mining company, which is in the process of setting up it operations on its concession situated in Asoum in the Eastern Region.

According to information available to this news outlet, the only activities currently being undertaken by the gold mining company is the construction of an access road to it proposed camp side at Asoum.

For this undertaking, this paper was reliably informed that the company held multiple engagements with stakeholders including chiefs, farmers and youths in the area.

Regarding the construction of the road, the journalist understands that the company contacted all relevant farmers on whose land the road will pass.

Each farmer, whose crops or farm was affected by the construction of the road, was duly compensated.

It should be mentioned that this road will not only be used by the company, but by the local community at large including the farmers for the transportation of their produce.

According to the company, the comments made by Mr. Isaac Asante are utterly misleading and slanderous.

The company explained that his comments are inaccurate and without basis.

At no time has he made any effort to contact anyone in our company to discuss any grievances he might have had,notwithstanding the fact that the small preparatory work we are currently engaged in has nothing to do with him.

Consequently, the company denies that its activities destroyed cocoa farms and other cash crops in the area without due compensation as being peddled by some farmers and residents in the area.

According to Site Manager of AC Zenon Mining Company Limited, Mr. Kwadwo Boadi, his company has all the legal required documentation from the Minerals Commission to engage in large-scale mining in the area.

Speaking in an interview with this news outlet, Mr Boadi reported that the company engaged all the necessary stakeholders including the chief and elders of the land, assembly members, farmers and owners of the lands before it moved to the area.

“We want to state categorically that the company has not touched any crops belonging to the people making such false allegations against the company,” Mr Boadi set the record straight on the matter.

While admitting that some particular farmers were affected when the company tried to construct the road to the site, he was quick to explain that those farmers affected were dully compensated.

Mr Boadi has proved his statements with the documentary envidences that indeed the company has dully paid compensation packages to the farmers whose farm crops were destroyed in connection to the activities of the company.

Interestingly, he indicated that such road that has been constructed by the company is rather being used on the daily bases by the farmers to their various farms after they had dully been paid their compensation packages.

According to him, the construction of that stretch of the road has been beneficial to the residents and farmers in the community even more than the company.

His comments come after there was media reports which went viral that scores of farmers in Asuom have kicked against a mining company called AC Zenon mining company which has come to Asuom to do mining.

They said any attempt to meet owners of this company has provided futile.

They added they have heard that the company has been to the chief palace to meet the chief of Asuom but they said the chief alone cannot represent the entire farmers therefore appealing to the President Nana Addo Dankwa Akufo-Addo and management of Ghana Cocoa Board (COCOBOD) to come to their aid.

However in a quick response, Mr Boadi noted that the company has acquired the concession through legal means and engaged the people in the community before starting its activities and that it cannot engage in illegal activities. 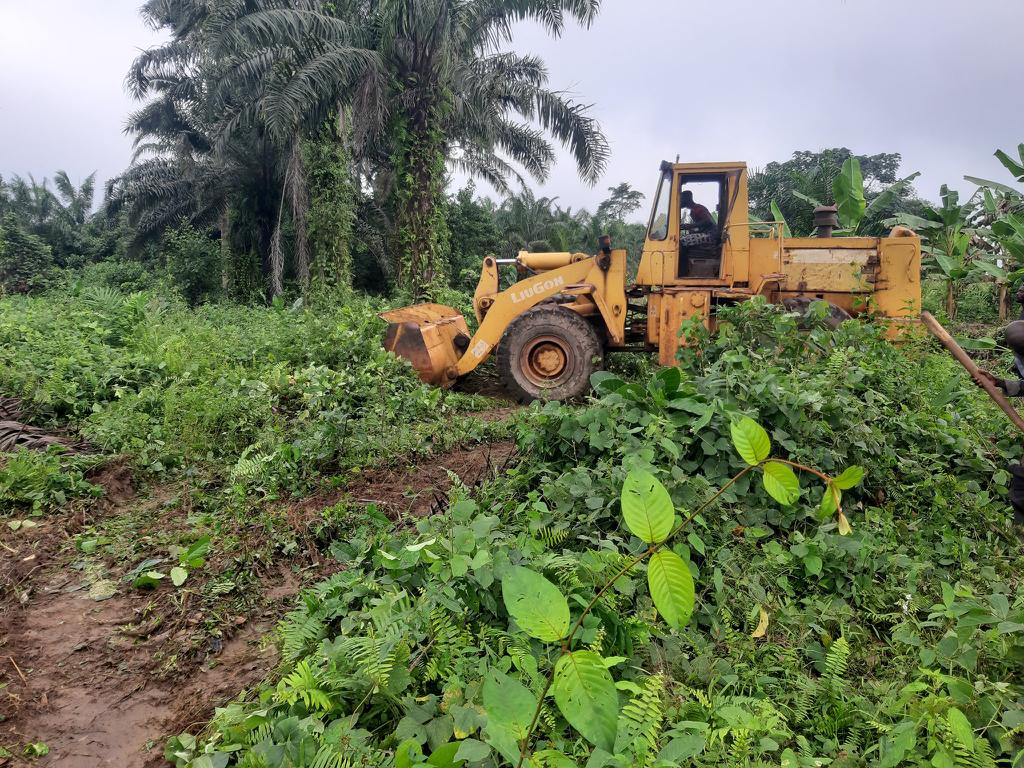 He pointed out that the farmers who were paid the compensation were satisfied and expressed their gratitude to the company.

In a fact finding mission, the journalist spoke to some of stakeholders in the area to cross check whether they were aware of the activities of the company.

An elder in the community called himself Panyi Gyan confirmed that the company had indeed consulted them when they came to community to start its mining activities of the company.

He pointed out that when the management of the company consulted them and asked their permission to mine in the area, he scrutinized the company. 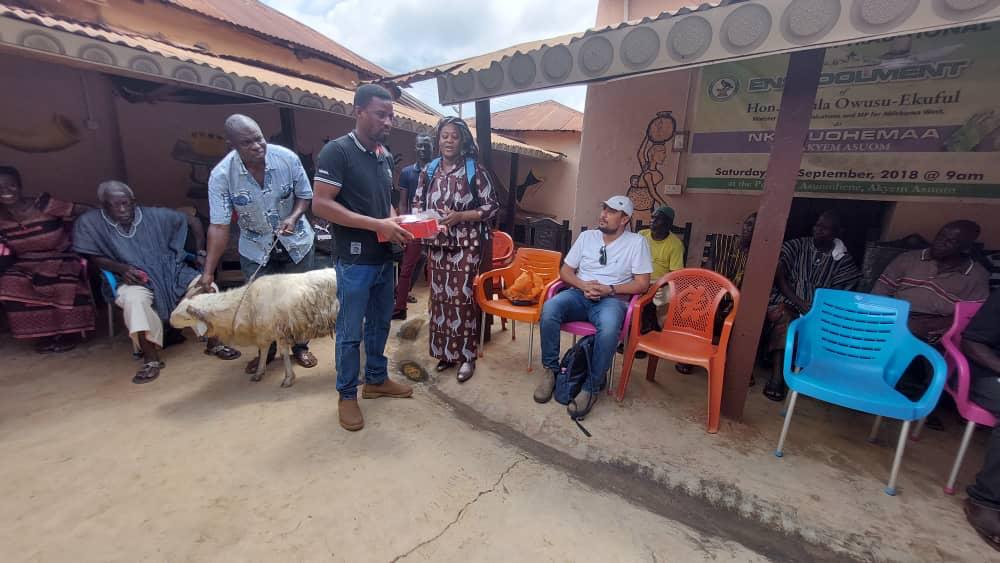 He indicated that during the engagement he pointed to the management that if indeed it has acquired mining requirements being approved by the government to mine in the area, they would allow it to operate in the area.

He said that he told the management if they are coming there to do illegal mining then the people are not going to allow the company to operate.

He pointed out that they engaged the company effectively and realized that the company has not come to the area to engage in illegal small scale mining activities.