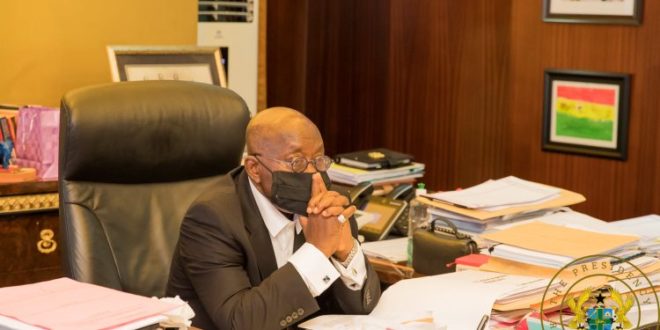 Global Info Analytics Survey: 71% Of Citizens Believe Ghana Is On The Wrong Path

A new survey conducted by Global Info Analytics, a polling company in Ghana, has revealed that 71% of citizens are of the view that, Ghana is headed in the wrong direction.

The poll also revealed that 60% of New Patriotic Party (NPP) affiliates disapprove of the path the country is headed while 81% of affiliates of the National Democratic Congress (NDC) also say the party is on the wrong path.

On the question of whether the NPP can “break the eight”, 24% of voters believe the party can “break-the-eight” whilst 59% said they can’t and 17% had no opinion. 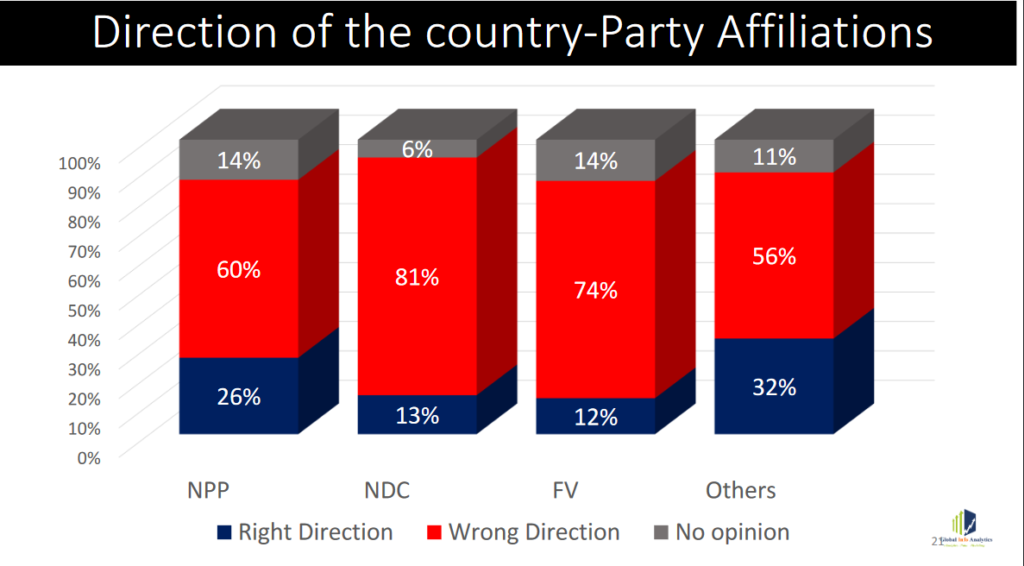 The poll used a sample size of 5,844. The sample size was allocated to all the regions based on the total number of voters in each of the regions as per the Electoral Commission’s 2020 register.

A random selection of 30% of constituencies from each region was then selected and allocated the regional quota based on the total voters in each of those constituencies.

Respondents were selected randomly in the streets, homes and workplaces.

In the race to lead the NPP for the 2024 elections, Vice President Dr Mahamudu Bawumia and Mr Kyerematen are tied with no clear favourite.

The poll conducted between 31st December 2022 and 15th January 2023, shows the race to lead the NPP is a dead heat among NPP voters as Dr Bawumia has lost the slender lead he enjoyed in October 2022 over Mr Kyeremanten.

The poll now shows Dr Bawumia and Mr Kyerematen are level at 40% apiece among NPP voters.

However, among general voters, Mr Kyerematen’s lead over Dr Bawumia has been cut from 41% to 32% compared to 44% to 31% in October 2022. New Patriotic Party Member of Parliament for Assin Central, Kennedy Ohene Agyapong, is in third place with 14% of the votes.

The NPP is yet to set a date for its presidential primaries to elect a flagbearer for the 2024 elections.

Mr Kyerematen who resigned from his post is likely to face off with the former Minister for Food and Agriculture, Dr Owusu Afriyie Akoto and former Railways Minister Joe Ghartey who has also declared his intention to contest for the slot.