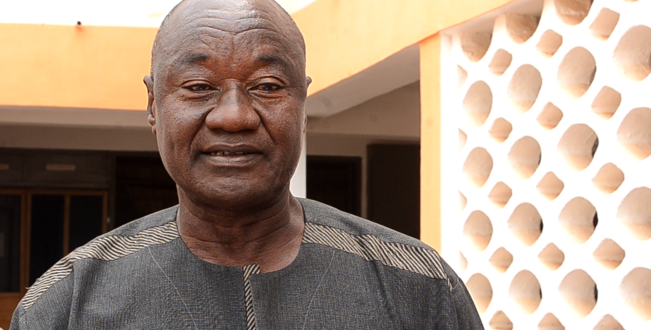 The Office of the Special Prosecutor (OSP) has charged Mr. Sumaila Abdul–Rahman, the Chief Executive Officer of the Northern Development Authority, and two of his deputies– Mr. Stephen Yir-eru Engmen and Mr. Patrick Seidu– as well as the Chief Executive of A&QS Consortium Limited, Mr. Andrew Kuundaari for conspiracy to directly or indirectly influence the procurement process to obtain an unfair advantage in the award of a procurement contract.

“The four persons will be arraigned before the High Court (Criminal Division), Tamale on Tuesday 31 January 2023,” a statement from the Special Prosecutor indicated.

The Special Prosecutor in June last year commenced investigations into suspected corruption and corruption-related offences at the NDA over a contract awarded to A&Q’s Consortium.

The contract was awarded to A&Q’s Consortium for consultancy services under the Infrastructure for Poverty Eradication Programme.

The complaint was filed by a private legal practitioner, Mr Martin Luther Kpebu, who requested an investigation into the operations of NDA and the actions of its Chief Executive and Board Chairman.

The complaint alleged that NDA awarded a contract to A&QS Consortium Limited (hereafter, A&QS) on 28 January 2020 for consultancy services for the supervision of some constituencies in the Upper West Region under the IPEP for the contract sum of Five Million Seven Hundred and Twenty Thousand cedis (GH¢5,720,000.00). 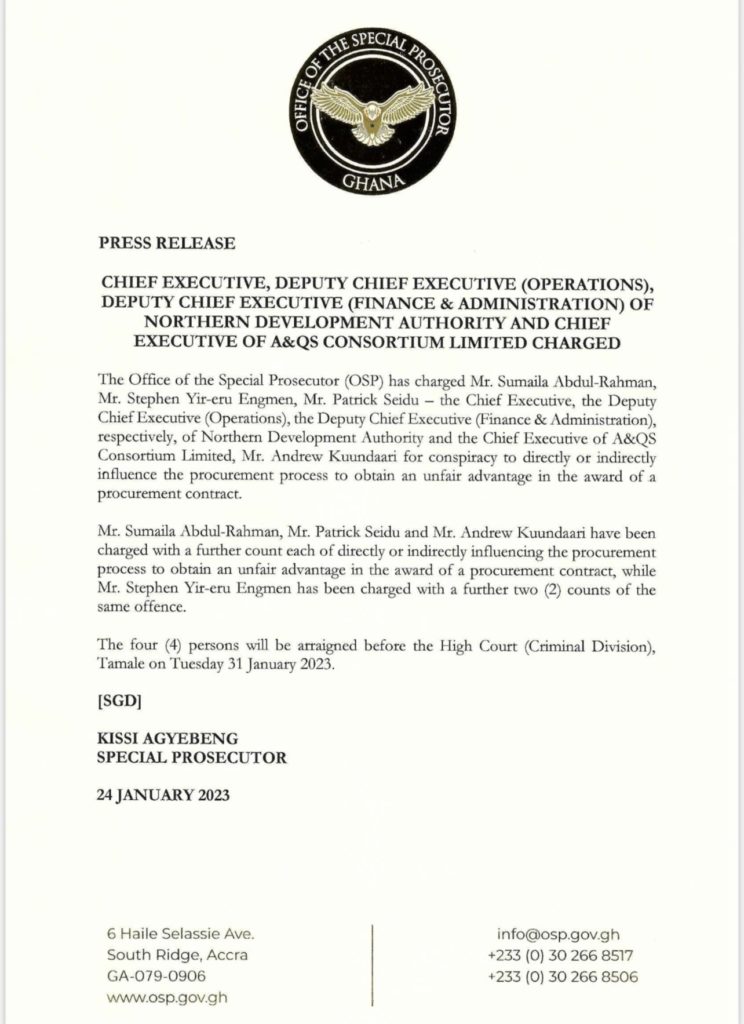 OSP has uploaded a copy of the charge sheet against 4 officials of the Northern Development Authority (NDA). To access it, please click on the link below; https://t.co/zD52dGEDOZ

See also  OSP Cash-Strapped, Without Governing Board 9 Months After Kissi Agyebeng Took Over