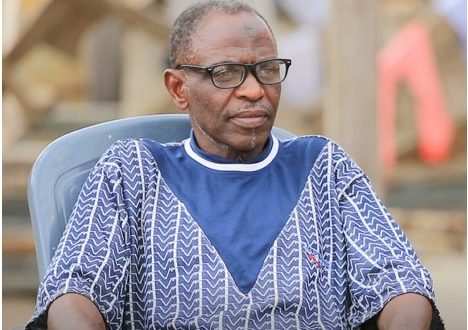 Polo was a household name in Ghana football in the 1970s and 1980s. He played for Accra Hearts of Oak.

He was also an integral member of the Black Stars team that won the African Cup of Nations (AFCON) in 1978.

The 65-year-old’s impressive performance earned him a nomination for the African Footballer of the year Award in 1977.

Polo is widely regarded as one of the greatest players ever to emerge from Ghana and was nicknamed the ‘Dribbling Magician’ during his playing days.

He won over 50 international cups and scored 20 goals for Ghana in a career that spanned two decades.

The veteran footballer now mourns his mother who died at 110.

The final funeral rites will be on Saturday, 28 January 2023, at the Central Mosque in Kaukudi, Nima at 10 a.m.