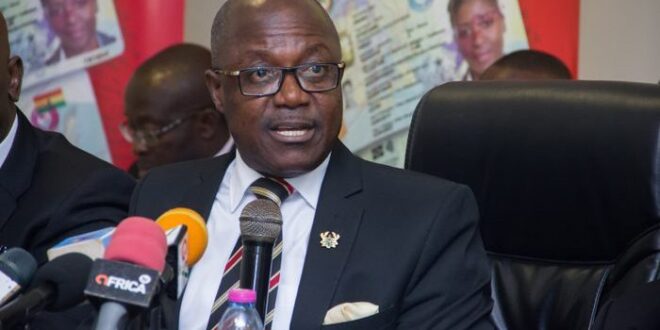 TINs, SSNIT numbers To Be Phased Out Gradually For Ghana Card – NIA Boss

Though it has not provided timelines, the authority says processes for all national identification numbers to become TINs and social security numbers are in place.

This is in response to concerns raised by persons who already have TINs and social security numbers.

“The details are already clear. We have signed MoUs with the Social Security and National Insurance Trust, with the National Health Insurance Authority, with the DVLA and with the Ghana Revenue Authority,” Prof. Ken Attafuah, the NIA Executive Director, said on the Citi Breakfast Show.

A synchronisation process has already begun for persons who registered for the Ghana Card with their Social Security and National Insurance Trust (SSNIT).

People who registered with the SSNIT details presented their SSNIT cards for digital copies to be made, “so the synchronisation is easy and straightforward,” Prof. Attafuah said.

For the TIN, he explained that they will be replaced as the Ghana Card expires.

“Those who have Tax Identification Numbers already in the short term will continue to hold them, but they will be weaned off it as a card expires and then come to get a new one in the case of SSNIT,” he added.

In addition, Prof. Attafuah said the NIA will set up offices at the Ghana Revenue Authority branches nationwide for citizens to replace the existing TIN with the Ghana Card number.

“Citizens who have the GRA TINs can go there and get the Ghana Card restored as their tax number instead of the old Tax Number.”

Prof. Attafuah reiterated that no citizen will be able to escape the TIN.

“As a citizen of this country, you are obligated to register for a Tax Identification Number, so you get that automatically if you have not registered for it previously.”

This is expected to boost Ghana’s tax coverage.

A similar boost is expected for SSNIT which only has 4 million persons registered.

These details were provided by the President during his State of the Nation address.

His digitalisation update also indicated that government plans to link the National ID to all SIM cards, bank accounts, Births and Death Registry, the DVLA, and passports.