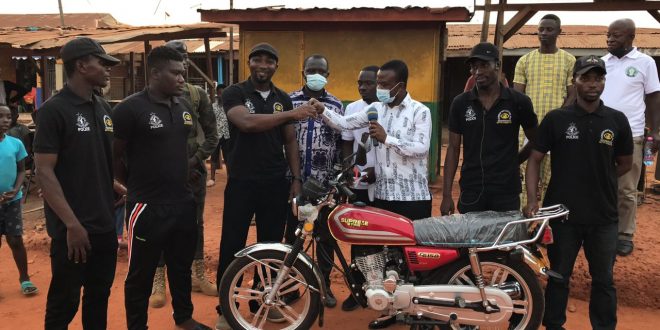 Residents of Oforikrom West in the Oforikrom Municipality in the Ashanti Region say they are living in fear due to incessant robbery attacks in the area.

The inhabitants recount how some persons have been robbed of their belongings and killed; a situation which has forced some persons to close from their shops and sleep earlier than before.
Oforikrom West is among the areas rapidly developing in the Ashanti Region with different tribes.

Being close to Kumasi Metropolis and major administrative offices in the Central Business District of the capital, many people, particularly traders view the area as an ideal place to trade. The security situation in the area is however a major headache for the people despite the Municipal police station.

They complain about regular robbery attacks at night and even in broad daylight.

According to them, some traders have left Oforikrom Market and now trade at Kejetia after being traumatized by their experiences.

Speaking to some of the residents and traders in the area, they revealed that the situation has made living and trading in the area very uncomfortable.

“In fact, in terms of security, we are at risk. On a weekly and monthly basis, we hear robbery cases and criminality going on in and around the community. It tells you that it is very risky to live in this area. 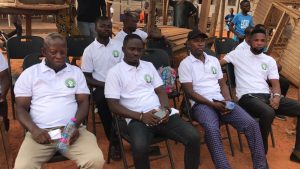 We want the Ghana Police Service to increase its visibility here. When you report a case at Oforikrom Police Station, they don’t act and even if they make arrest, they will later let the these criminals go scot free.

That’s a challenge for us,” Madam Esther Anokye added during a community durber organized by the Assembly Member in the area.

The Assembly Member for the Oforikrom West Electoral Area, Hon. Ofori Joshua wants police personnel to improve their patrol in the area.

Hon. Joshua then donate a motorbike which was given to him by the Assembly to the Committee Members to use it for night patrol especially neighborhood watchdog committee. Accordingly to him, the mortobike will help them to move in and around the area.

Speaking at the durbar, the MCE for Oforikrom Municipal Assembly, Hon. Abraham Kwame Antwi assured the community members that all ongoing projects within the area which is in accordance with that of the central government and the Assembly would be completed in due course.

Interacting with the community members in a durbar, Hon. Antwi threw light on the need for proper sanitation in the community. He hinted that the assembly has prepared its bye-laws pending its gazetting into law and this would equip the Assembly with the necessary backing to enforce the law to ensure proper disposal of waste.

He then pleaded with the people in the Municipality to exercise patient because this government will see to it that Oforikrom Municipality will get its share of the National cake.

I'm Adwenpa-Hene |Blogger & Broadcaster Journalist. I am the CEO and manager of this noble website. I publish on Entertainment, Sports, Politics, Lifestyle, and Technology. You can also follow Us on : YouTube Channel - My Ghana Media TV, Facebook - MyghanaMedia TV , Twitter - @MyGhanamedia2 & Instagram - My Ghana Media TV. Email Address: [email protected] Contact Us: 0200818719
@@MyGhanamedia2
Previous Dr. Duffuor: Mahama Did His Best, NDC Will Decide If He Deserves Another Chance At Presidency
Next GFA Postpones Hearts Of Oak Vs Asante Kotoko Clash