Breaking News
Home / POLITICS / Addai-Nimoh To Ntim: ‘Your Name Will Be Written In Gold, If You Help NPP To Break The 8’ 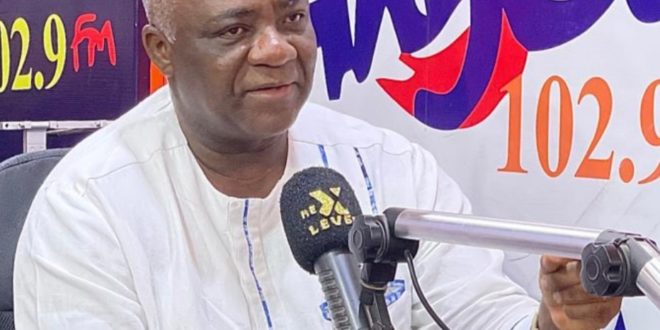 Addai-Nimoh To Ntim: ‘Your Name Will Be Written In Gold, If You Help NPP To Break The 8’

An Aspiring flagbearer of the New Patriotic Party (NPP), Francis Addai-Nimoh, has urged the newly elected chairman of the party to be neutral in the performance of his duties if the latter wants to “break the 8”.

The comments of the former Member of Parliament for Mampong Constituency in the Ashanti Region came on the back of the ideological schisms in the political organization which makes party unity near impossible.

Mr Stephen Ayensu Ntim will lead the NPP in their quest to choose a formidable flagbearer who will lead the party into the 2024 elections.

Though a first-timer as the Chairman of the party, he has ever served in the subordinate position as Vice between 2001 and 2005 in the John Agyekum Kufour administration.

Mr Ntim in December 2005 contested for the substantive position but lost to Peter Mac Manu. He again tried in 2010 in which contest he was defeated by the late Jake Obetsebi-Lamptey. In 2014, he vied for the same position but was outperformed by Paul Afoko. 2018 which was his fourth attempt was lost to Freddie Blay.

Speaking on Angel FM/TV’s Morning Show on Tuesday, Mr Addai-Nimoh urged the Mr Ntim to use his experiences as a former executive, a Vice Chairman and a four-time unsuccessful Chairman aspirant to guide him in his work.

“The experiences he has gained over the period will make him come to the realization that the unity, image of the party is paramount,” Mr Addai-Nimoh said.

He further called on the chairman to do away with his biases and not align himself with any faction because that will inure to the benefit of the party and help to break the eight.

I'm Adwenpa-Hene |Blogger & Broadcaster Journalist. I am the CEO and manager of this noble website. I publish on Entertainment, Sports, Politics, Lifestyle, and Technology. You can also follow Us on : YouTube Channel - My Ghana Media TV, Facebook - MyghanaMedia TV , Twitter - @MyGhanamedia2 & Instagram - My Ghana Media TV. Email Address: [email protected] Contact Us: 0200818719
@@MyGhanamedia2
Previous JB Danquah’s Murder Case Should Have Been Closed By Now – NPP Presidential Candidate Hopeful
Next Report: Ghanaians Paid GH¢5bn In Bribes In 2021