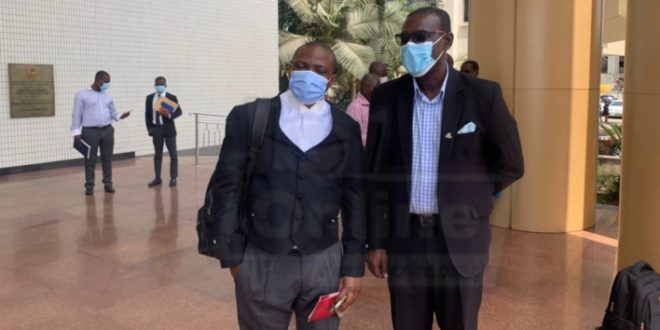 The Attorney General has been ordered by the ECOWAS Court to pay an amount of $750 dollars to Transparency International for late filing of its defence in the case filed against the Agyapa deal.

Transparency International is asking the sub-regional court to halt the proposed deal geared at monetizing Ghana’s gold and rather allow for further consultation as it alleges that the presence of politically exposed persons in the transaction leaves much to be desired.

The Sub-regional Court which is sitting here in Accra on Wednesday, March 23, heard the case for the first time.

Chief State Attorney, Dorothy Afriyie Ansah, urged the court to permit the Attorney General’s Office to file a defence despite failing to file one after many months.

She explained that as the officer tasked to handle the case, she suffered post-COVID-19 complications and was therefore unwell.

Lawyers for Transparency International led by Olumide Babalola did not oppose this request. The Court, therefore, adopted the proposed defence filed by the AG’s office.

Mrs Afriyie Ansah however noted that lawyers for Transparency International had filed a response to the proposed defence which had now been adopted.

Presiding Judge, Edward Amoako Asante, pointed out that the late filing with illness resulting from COVID-19 as justification is not tenable.

“The AG is an institution. It’s not an individual. If you were not here today, does it mean no one will come?” He quizzed.

Mr Babalola pointed out that he flew into the country from the United Kingdom and, therefore, deserves to be reimbursed with the cost.

“They were served as far back as July, 2021. I flew in from the UK two days ago. The expense is unquantifiable.” He said.

The AG has also been permitted to file the additional documents by Monday, March 28.

The case will be heard on Wednesday, March 30.

I'm Adwenpa-Hene |Blogger & Broadcaster Journalist. I am the CEO and manager of this noble website. I publish on Entertainment, Sports, Politics, Lifestyle, and Technology. You can also follow Us on : YouTube Channel - My Ghana Media TV, Facebook - MyghanaMedia TV , Twitter - @MyGhanamedia2 & Instagram - My Ghana Media TV. Email Address: [email protected] Contact Us: 0200818719
@@MyGhanamedia2
Previous ‘NPP Won Power Lies, And The Economy Has Exposed Them’ – Former Deputy Finance Minister
Next January Allowance For NSS Personnel Paid; That Of February Will Come Soon’ – Management