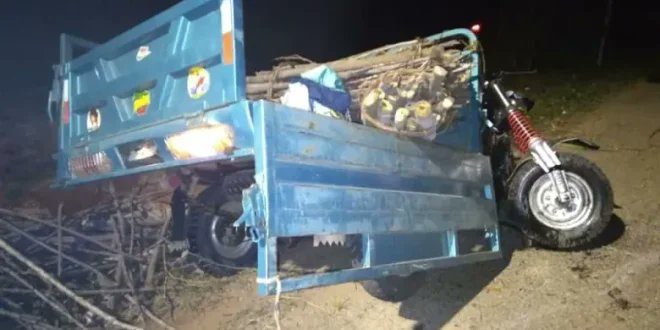 The Asutifi South District in the Ahafo Region has been thrown into a state of mourning following a ghastly accident at Ata ne Ata, which claimed the lives of 11 people on Saturday.

According to an eyewitness, while 10 of the victims died on the spot, one died while receiving treatment at the St Elizabeth Catholic Hospital at Hwidiem.

Four others who are in critical condition are also receiving treatment at the same hospital.

See also  Health Minister: I’ve Been Lambasted To The Extent That I Don’t Have Any Image In This Country

Ata ne Ata is a farming community on the Hwidiem-Goaso highway and the incident occurred at about 7pm on Saturday.

The assemblyman of Wuramuso, Enerst Karim told Graphic Online that the incident happened when a tricycle, which was carrying the victims as well as some bags of ginger, tried to overtake another one at Ata ne Ata.

He said the tricycle fell thereby throwing both the passengers and the bags of ginger onto the middle of the road.

Karim explained that an oncoming KIA truck from the Goaso side of the road ran over them and killed 10 on the spot and injured others.

He added that the victims who are mostly from Nkaseim, Kwamo and Ohiatua, aged between 11 and 17, were returning from Obengkrom village where they had gone to harvest ginger.

Karim added that even though the police had held a number of fora to educate the people to refrain from using tricycles to carry passengers, the education had fell on deaf ears.