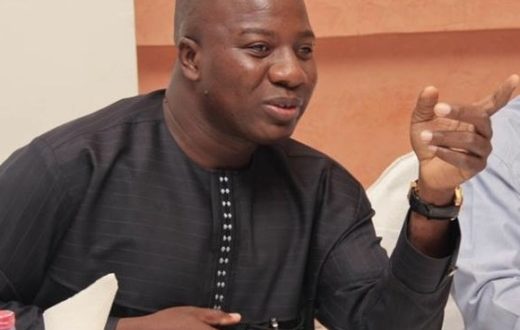 The Member of Parliament  for Bawku Central, Mahama Ayariga has called the bluff of President Akufo-Addo for promising to complete all projects under the Agenda 111 programme before the end of his second term.

While delivering the 2022 State of the Nation Address, President Akufo-Addo acknowledged that the initial deadline for the completion of this project was over ambitious thus, said it would now be completed before he leaves office on “7 January, 2025.”

The project, which was commissioned in August, 2021, was scheduled to be completed in 18 months. However, the President explained on Wednesday, that many unforeseen difficulties caused delays in the construction processes.

He revealed that a greater part of preparatory work has been completed, with 87 projects currently under construction.

Even so, Mr. Ayariga argued that the new deadline is also unattainable.

Speaking on Joy News’ Newsfile, he noted that though the promise was made during the early days of the Covid-19 pandemic, the government cannot account for any project under the programme.

“The President says he will commission them before leaving office. I know for sure this won’t happen. If anything at all, one or two of them may be successfully commissioned.

“Agenda 111 was announced as part of measures to deal with the Covid-19 problem [but] as we speak, I haven’t seen any of these hospitals,” he stressed.

To buttress his claim, he revealed that “the last time the Ministers in charge were asked about the projects, they were talking about procuring land in some communities for these hospitals. It took the Ministers two or three years since the announcement of the policy for them to even get the land to construct, when every chief is scrambling for hospitals in his jurisdiction, but this government managed to take years just to secure the land,” he noted.

The project is to ensure that Ghanaians nationwide have access to quality healthcare services and with the National Health Insurance Scheme, boost the provision of healthcare infrastructure and financial accessibility to healthcare.

The President has also hinted that 34,300 health workers will be employed under the Agenda 111 initiative when the projects are completed.

In addition to this, he stated that the ongoing project will create jobs for about 33,900 construction workers who would assist with the construction of the various hospitals across the country.

He said this would help the state deal with the deficit in health infrastructure, which hamper the effective delivery of healthcare and lead to loss of lives.