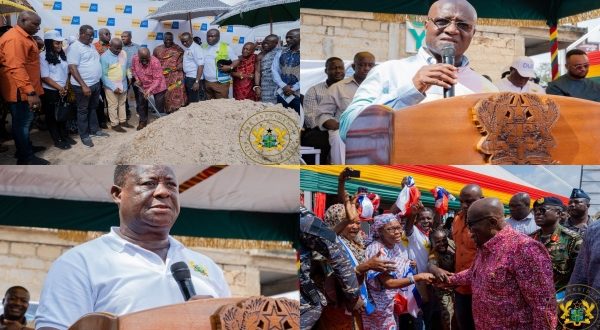 The President of the Republic, Nana Addo Dankwa Akufo-Addo, on Tuesday, 18th October 2022, cut the sod for the commencement of construction of a 4-tier interchange at Suame, in fulfillment of a pledge he made during his tour of the Ashanti Region last year.

According to President Akufo-Addo, “the Suame Interchange will be the first 4-tier interchange in the Ashanti Region, and the second in Ghana, after the Pokuase Interchange which I commissioned on 9th July 2021.”

He stated that, once completed, it will address the perennial congestion experienced around the Suame Roundabout, and improve urban mobility within the Greater Kumasi Metropolitan Area. 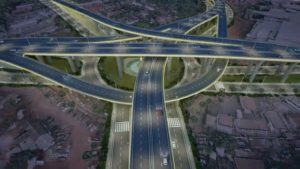 President Akufo-Addo charged the contractors and the Ministry of Roads and Highways to help ensure the country gets value for money, as well as ensure strict adherence to completion dates. 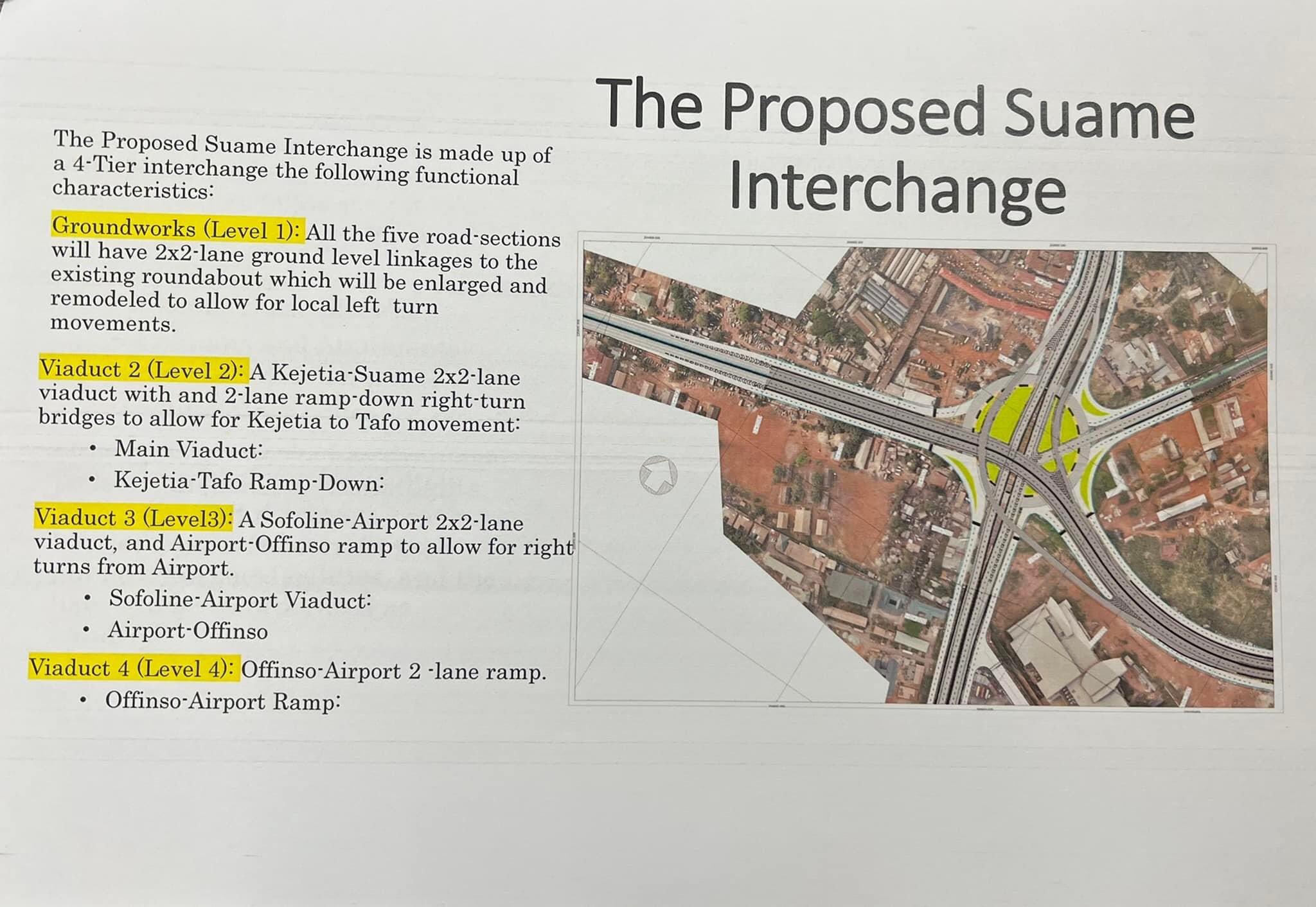 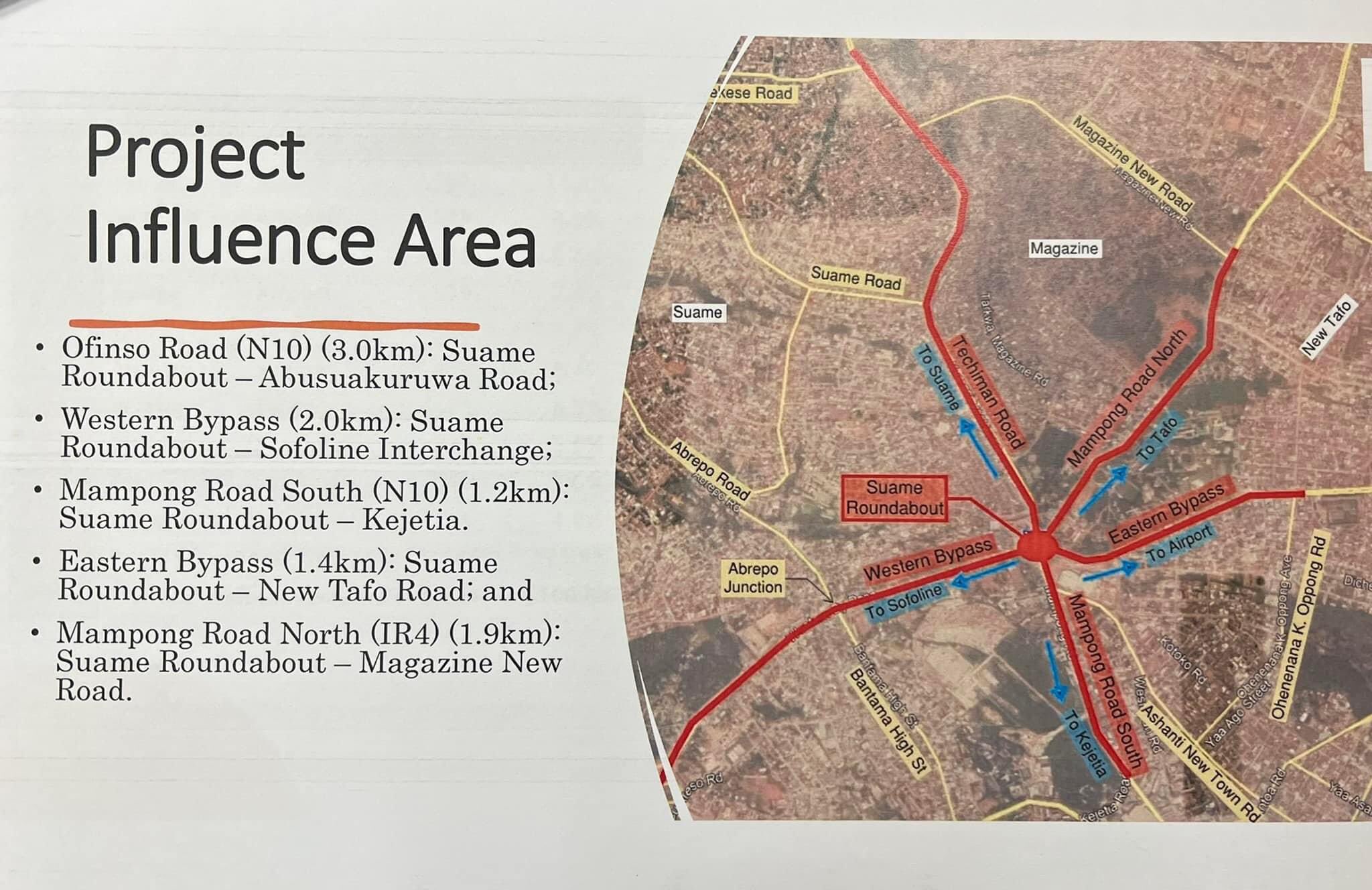 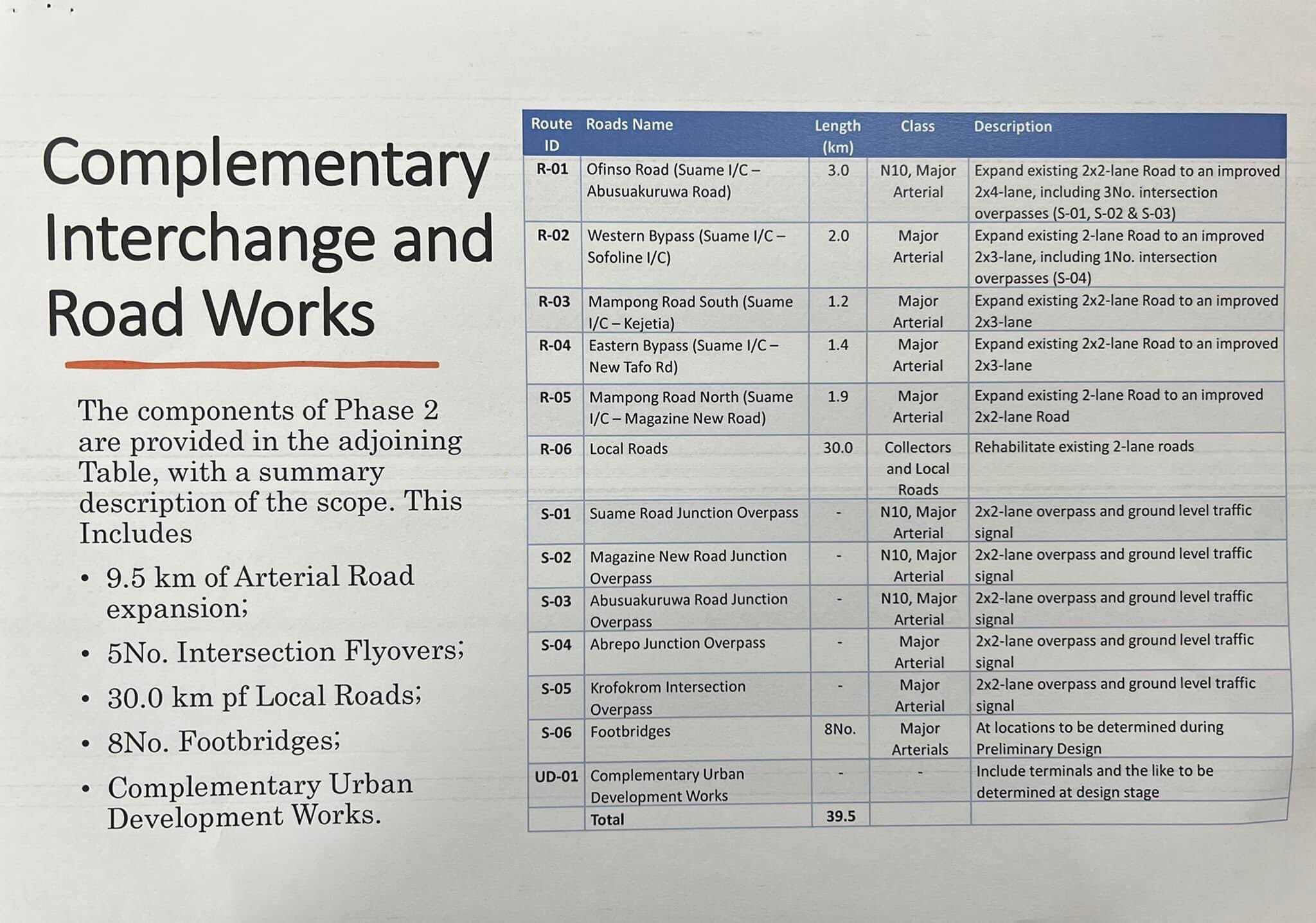 Apart from the Suame Interchange, the President indicated that Government is tackling critical road projects throughout the country in a holistic manner, so that every part of Ghana gets quality, all weather roads.

Again, President Akufo-Addo stated that Government has completed the construction of one hundred kilometres (100km) of local roads in Kumasi, which was undertaken by M/S Contracta, with the beneficiary assemblies being Kumasi Metropolitan, Asokwa, Kwadaso, Oforikrom. Suame and Tafo Pakrono.

In addition to the one hundred kilometres (100kms) of local roads, the Department of Urban Roads has completed another seventy-five kilometres (75kms) of town roads in Ashanti, including Bekwai Town roads, Kwamo Town Roads, Manhyia Roads (Buokrom) and Ejisu/Kwaso Town Roads.

“The Department of Feeder Roads has also completed the upgrading of sixty-eight kilometres (68kms) of selected feeder roads in the Ashanti and Western Regions, a project which was undertaken by M/S Sinohydro Corporation,” he stated.

President Akufo-Addo noted that, in addition to the completed ones, work is ongoing on the Kumasi Roads and Drainage Extension Project, which is 97% complete.

The works involved in this project, he said, include the upgrading of the Lake Road into a dual carriageway from the Coca Cola Bottling Plant to Dompoase (3.5km), and the lining of the Sissai Stream for 2km.

“The construction of a modern terminal at Dompoase, which is part of the project, has been completed and commissioned. It is expected that the entire project would be completed and commissioned by the end of the year. The works are being undertaken by M/S China Henan International Corporation- CHICO and funded by the Agence Française de Développement (AFD) of France,” he said.

The Construction of the Kumasi Inner City Roads, which involves the rehabilitation of another one hundred kilometres (100kms) of local roads in Kumasi by M/S Sino Hydro Ltd is ongoing, together with the emergency rehabilitation of the twelve-kilometre (12km) Atimatim-Maase-Aboabogya road.

Additionally, there is rge upgrading of the forty-nine-kilometre (49km) Asankare-Krofa-Juansa Road and Krofa-Brantuokrom-Magyeda road, as well the upgrading of 40.3-kilometre Amantema Junction-Wiawso-Senkye Road, and the reconstruction of the thirty-kilometre (30km) Anwiankwanta-Obuasi Road, which is ninety percent (90%) complete, and will be completed by the end of 2022.

See also  Alban Bagbin: I Do Not Want To Be Part Of The Many Judgment Debts For The country