Breaking News
Home / GENERAL NEWS / Akufo-Addo Most Pampered President Ever; He Does Whatever He Likes – Mahama’s Aide 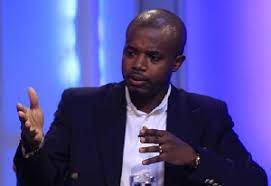 Akufo-Addo Most Pampered President Ever; He Does Whatever He Likes – Mahama’s Aide

An aide to former President John Dramani Mahama, Godwin Edudzi Tamakloe has debunked the assertion made by President Nana Addo Dankwa Akufo-Addo that he is the most vilified political figure of this generation.

President Nana Addo Dankwa Akufo-Addo has said there is no culture of silence prevailing in the country under his administration, and there exists a vibrant media.

According to President Akufo-Addo, “I find it ironic that the Presidency of a man who has been and continues to be the most vilified political figure of his generation can be accused of presiding over a ‘culture of silence’. There is no midnight knock on the door in Ghana for authors of dissenting views, nor will there be during my presidency.”

Commenting on the declaration of the President, the private legal practitioner on Okay FM’s ‘Ade Akye Abia’ Morning Show professed that President Akufo-Addo rather has been so over pampered than being vilified as President of the Republic.

He asserted that President Nana Akufo-Addo is basically Nana [King] in the true sense of the word; thus, Ghanaians have treated the President like a King as he does whatever he likes without subject to any democratic control.

“He does whatever he likes in the country and if that is not the case, he would not have said that if you like, go to the court for the burning of the excavators. This is because he is above the law and everyone is afraid of him. He has been over pampered,” he chided.

Justifying his claim of the President doing whatever he likes, Edudzi Tamakloe said that President Akufo-Addo’s bold statement to urge people to go to the court for the burning of the excavators, disregarding the Minerals and Mining Act which was amended in 2019, indicates a leader who has no regard for the rule of law.