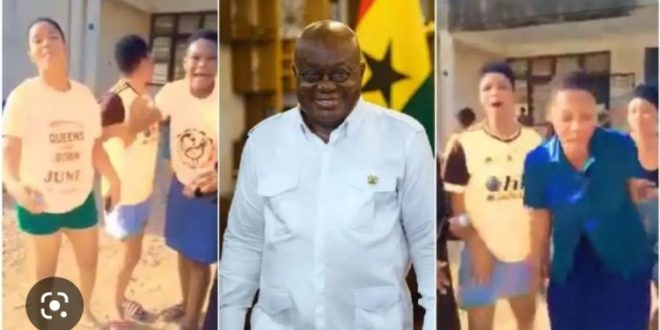 President Akufo-Addo has intervened in the dismissal of the eight female students of China Senior High School.

A statement from the Education Ministry on Friday revealed that the President made the move after his attention was drawn to it.

On Thursday, the GES dismissed the eight students in the Upper East Region for allegedly insulting President Akufo-Addo. 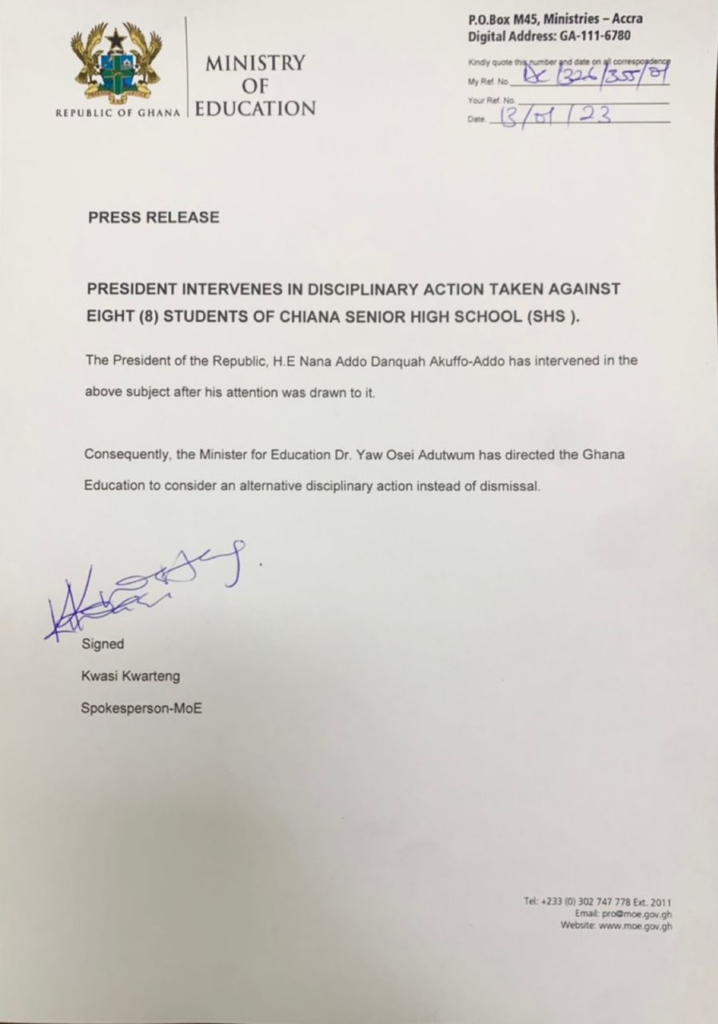 Prior to the dismissal, the students had been on suspension.

The GES says its investigation into the incident confirmed that the students used unsavoury language against the President in a viral video.

It thus described the actions of the students as “very undesirable, and contrary to the acceptable standards of the conduct generally required of any student in Ghana’s educational system”.

Prior to the dismissal of the students, the GES had earlier apologised to the President over the said conduct.

I'm Adwenpa-Hene |Blogger & Broadcaster Journalist. I am the CEO and manager of this noble website. I publish on Entertainment, Sports, Politics, Lifestyle, and Technology. You can also follow Us on : YouTube Channel - My Ghana Media TV, Facebook - MyghanaMedia TV , Twitter - @MyGhanamedia2 & Instagram - My Ghana Media TV. Email Address: [email protected] Contact Us: 0200818719
@@MyGhanamedia2
Previous NPP Gurus’ Oil Companies Collapsed By NPA
Next “Not Even A Public Toilet For Me To Manage” – NPP’s Obiri Boahen Laments Neglect By Akufo-Addo Government 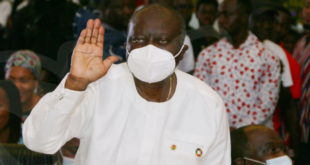 Ofori-Atta To Pensioners: Ghana’s Economy Will Crash If We Exempt You