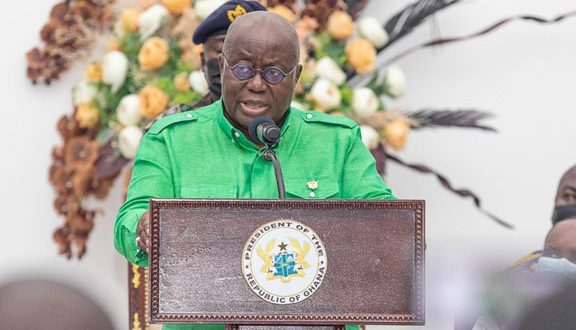 President Akufo-Addo has sent a clear and unambiguous warning to all Metropolitan, Municipal, and District Chief Executives (MMDCEs) in his government.

He says he would not take any lame excuses for non-performance and failures on the part of any of his appointees.

Speaking at an orientation put together for MMDCEs in Accra this morning, he said “the argument that you are not aware of or are not responsible for government initiatives in your localities will not wash with me.”

That, he said was because “all government initiatives at the local level come within your purview whether you initiated them or not.”

He has therefore asked all appointees especially MMDCEs to familiarise themselves with every programme and policy initiative whether of their own making or not, insisting that “a Chief Executive who is indifferent or unaware of government activities in his or her area is not a suitable Chief Executive.”

The challenge all MMDCEs to take advantage of the various programs and projects of the government to develop their localities, saying “ones a lot of funds continue to flow in the localities, every attempt will be made to get the Common Fund Allocations to you regularly and on time”, to thunderous applause from the gathering.

That notwithstanding, the President encouraged all MMDCEs to as it were “work to increase internally generated funds”

“You will not make the progress you should if your development programs are fully dependent on the relatively modest sums you get from the Common Fund allocations.”

He equally had cause to warn them against getting involved in what he described as ‘unnecessary conflicts’ that would dent the image of the Assembly and by extension government.

Rather, he charged “work with your staff, deepen transparency and promote popular participation and accountability at the local level.”

Those, he said are the hallmarks for successful leadership and the attainment of results.

“If you are fruitful in this, then we will be making good progress towards strengthening the structure of our governance system and bringing democracy and progress to local government” he emphasized. 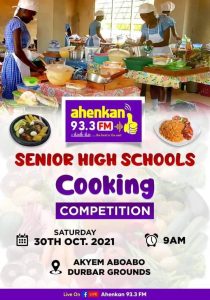 He however had cause to reminded all his appointees especially MMDCEs that “I won’t hesitate to disappoint any DCE who does not live up to expectation.”

Whilst he admitted that the Minister for Local Government, Decentralization Rural Development has oversight responsibility for decentralization, implementation and local government, he charged Regional Ministers to monitor and evaluate the performance of MMDCEs in their regions and submit periodic reports to him.

“I therefore expect you to accord the regional ministers the due respect as they are the President’s representatives in the region”, he advised.

The MMDCEs as political and administrative heads are expected to provide leadership at the district
level.

In their leadership roles, MMDECs represent the Central Government at the local level and are required to implement national and local policies.

These responsibilities require some specific competencies including leadership and managerial skills.

MMDCEs are also required to deliver the sessional address to the District Assemblies on policy matters determined by the President; present periodic reports on the performance of the Executive
Committees as well as the state of the districts, and submit recommendations of the District Assemblies through the Regional Coordinating Councils (RCCs), to the Minister responsible for Local Government on matters of national concern, at the end of each session.

The MMDCES serve as chairpersons of the Metropolitan, Municipal and District Security Committees and also represents
the Districts on the Regional Coordinating Councils (RCCs).

The orientation and training programme has been designed to be implemented in thre phases including a general orientation for all appointed MMDCEs on 26 and 27 October, 2021 at the Accra International Conference Center (AICC); an Orientation for only first-time appointed MMDCEs on 28 and 29 October, 2021 at the Institute of Local Government Studies (ILGS), Ogbojo and a nationwide zonal refresher course for all MMDCEs at designated training centres across the country shortly following the completion of the orientation.