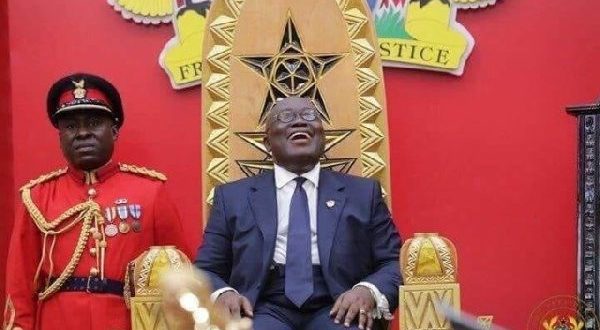 In his view, the record of the President in this area is without blemish.

“The president records in protection of press freedom is unblemished,” he said on the Key Points on TV3 Saturday February 12 while reacting to the criticisms against the President following the arrest of some journalists in Ghana.

For his part, Tamale North Member of Parliament, Alhassn Suhuyini, indicated that Ghana is moving back to the days of the Criminal Libel Law when journalists were jailed in the line of their duties, with the current arrests and prosecutions of practitioners.

See also  Akufo-Addo To New NCCE Chair: Don’t Let Anybody, Not Even Me, Control You

According to him, the purpose of removing the Criminal Libel Law by the Kufuor Administration, with Nana Addo Dankwa Akufo-Addo as the Attorney General at the time, is being defeated by the criminal prosecution of journalists under now President Akufo-Addo.

“The purpose of repealing the criminal libel law is being defeated by what is happening now,” Suhuyini said on the same show in relation to the arrest and prosecution of Media General’s Captain Smart, Accra FM’s Bobie Ansah and Civil society activist, Mensah Thompson.

He added “There was a reason why we repealed the Criminal Libel Law. When Haruna Atta [Former Editor of the Accra Mail] was being prosecuted [under the Rawlings administration] it was because they had done a story against the then First Lady.

“So when you hear that Mensah Thompson is being prosecuted for utterances he made that go against the First Family it takes us back to the days of the criminal libel laws,”

I'm Adwenpa-Hene |Blogger & Broadcaster Journalist. I am the CEO and manager of this noble website. I publish on Entertainment, Sports, Politics, Lifestyle, and Technology. You can also follow Us on : YouTube Channel - My Ghana Media TV, Facebook - MyghanaMedia TV , Twitter - @MyGhanamedia2 & Instagram - My Ghana Media TV. Email Address: [email protected] Contact Us: 0200818719
@@MyGhanamedia2
Previous Dr. Gideon Boako Discounted Reports That Dr. Bawumia’s Convoy Got Involved In An Accident
Next Allow GhanaCard Holders To Board Flights To Ghana Without Visa  – GACL Writes To All Airlines, Airports