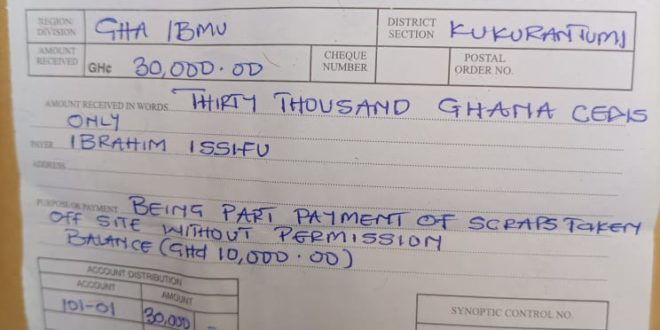 The Akyem Swedru Circuit Court in the Eastern region presided by His Honour William Appiah Twumasi on Monday April 25,2022 granted bail to the Akyem Oda constituency chairman of the ruling New Patriotic Party, Awudu Issaka, and two others for allegedly stealing the steel meant for the construction of a steel bridge on Akyem Oda to Abenase road.

The accused persons, Ibrahim Issifu, a businessman, Baba Adams, driver and Awudu Issaka, constituency chairman of the NPP pleaded not guilty when they appeared before court.

The facts of the case presented by the Prosecuting officer Inspector George Oteng are that, in July 2019 the first accused person Ibrahim Salifu, businessman and the second accused person, Baba Adamsa, KIA driver aboard a KIA truck with registration number GW 934 -13 were stopped by the police upon reaching a police barrier between Oda and Oda Nkwanta.

A search in the vehicle unravelled huge metals which were being transported. 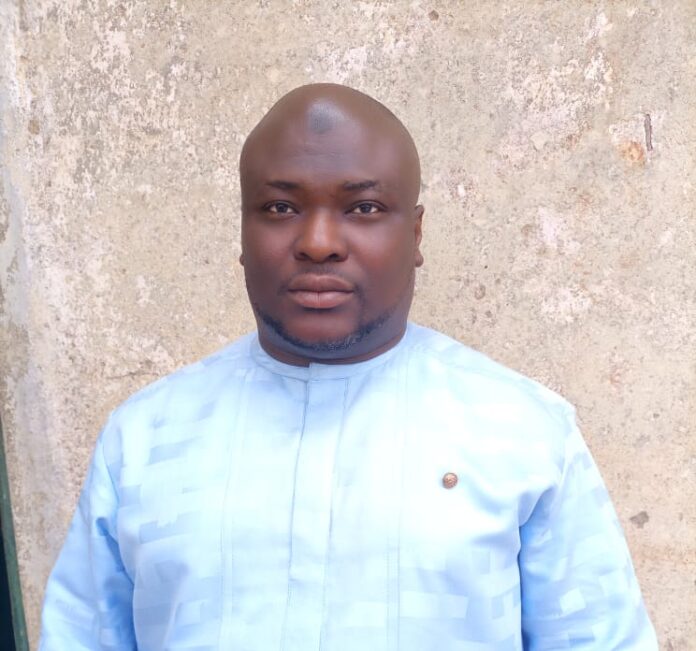 During interrogation, Ibrahim Issifu claimed ownership and told the police that he purchased the metals from a staff of the Ghana Highway Authority he refused to name.

Police arrested the businessman and the driver and impounded the vehicle.

A bench warrant was initially issued by the court against the Constituency chairman for failing to make appearance in court, however, was rescinded after his counsel represented him with excuse of ill health of his client.

In court today Monday, all the three accused persons pleaded not guilty.

The businessman,  Ibrahim Issifu explained to the media that he purchased the metals from a man who works at the Ghana Highways Authority at cost of Ghc2000 and that he only called the Constituency chairman to intervene for the police to release him.

He said the Ghana Highways Authority has since quantified the cost of the metals at Ghc40,000 which he has paid Ghc30,000 and planning to pay the balance of Ghc10,000 next week. 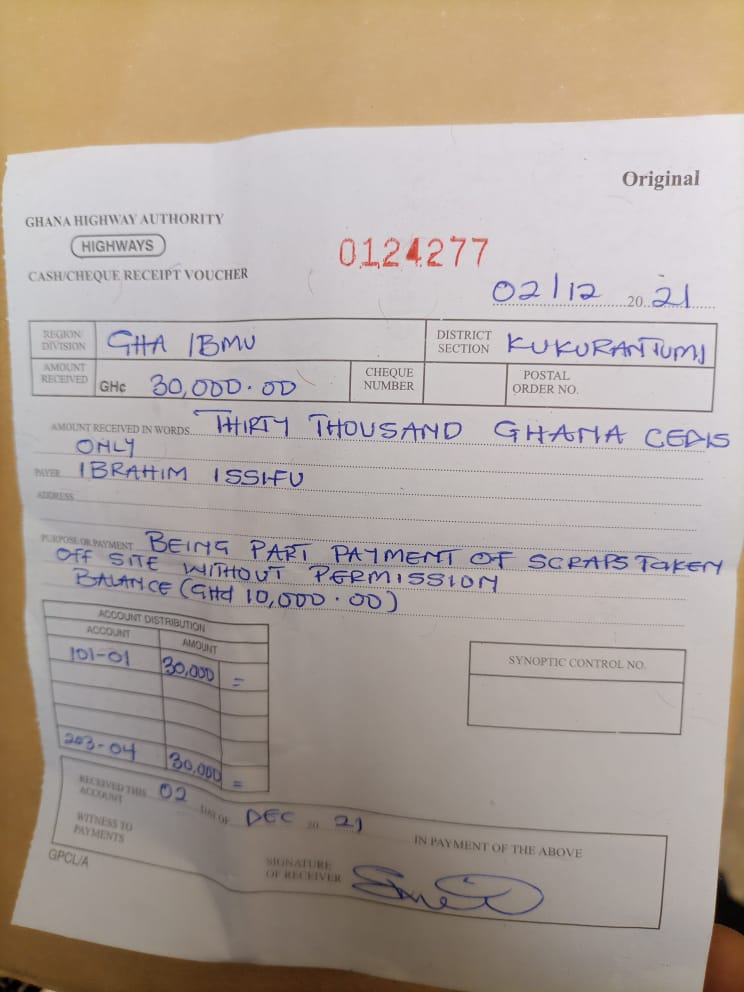