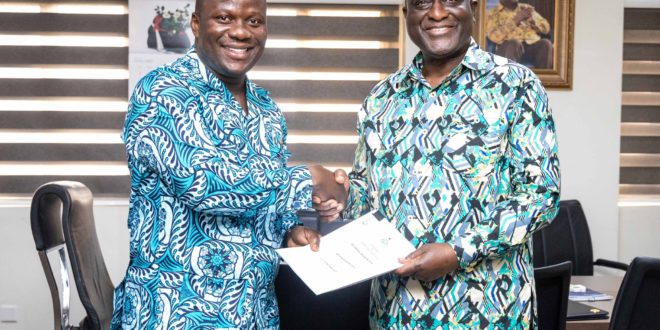 His resignation took effect Monday 16 January 2023 and at a brief handing over ceremony at the trade ministry, the former trade advisor at the United Nations Economic Commission for Africa (ECA) in Addis Ababa, briefed Jinapor about the operations of the ministry and presented his handing over notes.

Following my appointment by President Akufo-Addo as the caretaker Minister for Trade and Industry, I met with the former Minister, Hon. Alan Kyeremateng, to receive briefing and handing over notes from him.
1/2 pic.twitter.com/99hA981Sp9

For his part, Jinapor said he will be committed to work with all stakeholders and partners to realise the vision of President Nana Akufo-Addo.